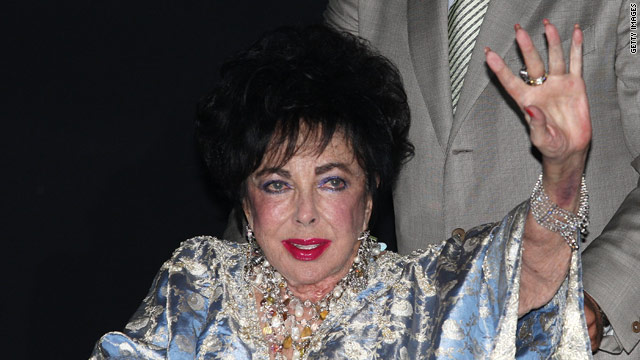 Elizabeth Taylor is denying rumors she is engaged to her manager.
STORY HIGHLIGHTS
RELATED TOPICS

Los Angeles, California (CNN) -- Elizabeth Taylor posted a message on Twitter Monday denying rumors she is engaged to her manager.

A magazine report Friday said the legendary actress was engaged to Jason Winters, the 49-year-old man who has served as her manager for several years.

"The rumors regarding my engagement simply aren't true," Taylor tweeted. "Jason is my manager and dearest friend. I love him with all my heart."

Taylor, 78, has been married eight times, including two marriages to actor Richard Burton.

Her publicist, when asked about the engagement rumor, said Friday it was no secret that Taylor and Winters were close friends.

A representative confirmed that the tweets were from Taylor, who often uses Twitter to communicate with her fans.

The Oscar-winning actress has been busy preparing for the launch of her newest fragrance -- Violet Eyes -- on Mother's Day.

She created it with the same chemist who formulated her last fragrance White Diamonds, which has been a best-seller since it was first released two decades ago.