Party like an Avatar: How to throw an Oscar bash 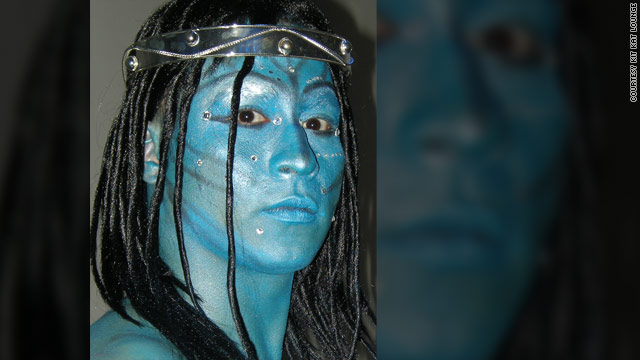 A club in Chicago, Illinois, will turn into "The Land of Avatar," on Oscar night.
STORY HIGHLIGHTS
RELATED TOPICS

(CNN) -- Everything will glow -- the balloons, the table cloths, the blue martinis and the party favors. The red carpet will turn blue. Even the female impersonators will be painted -- you guessed it -- blue.

The first 50 guests will be given bright blue boas. There will be seven high-definition projection screens, and the winner of the trivia competition will win a massive, crystal-bedazzled Hpnotiq bottle. All-in-all, Edward Gisiger says, it's going to be one great Oscar party.

Gisiger is the owner of the Kit Kat Lounge and Supper Club in Chicago, Illinois. Every year the Kit Kat throws an elaborate themed party on Oscar night. This year they've chosen to transform the club into "The Land of Avatar," complete with Kit Kat diva Aurora Sexton playing the role of warrior princess Neytiri.

"This is one of the best years of Hollywood ever because of 'Avatar,' so there's a real reason to celebrate," Gisiger said.

With 10 best picture nominees, there are plenty of themes to choose from. But planning that party can be stressful and time consuming. CNN talked to Gisiger and other party-throwers to provide dos and don'ts for an award-worthy night.

Mary Johnson and her friend Carolyn Mueller in Dayton, Ohio, held a "Julie & Julia" dinner party in December. The pair started prepping their individual ingredients on Tuesday, met on Wednesday to combine portions and baked early on Thursday to get all the dishes ready for Thursday night.

"Prepare as much of the food ahead of time so you can enjoy the party," Johnson recommends. "You also don't want to try new recipes out on a party. Choose recipes you feel comfortable with."

First season "Top Chef" host and cookbook writer Katie Lee offers the same advice. "It is important to be able to enjoy your party just as much as your guests. Don't keep yourself too occupied in the kitchen so you can join in on the fun. Put out a food and drink buffet to make it easier to serve." 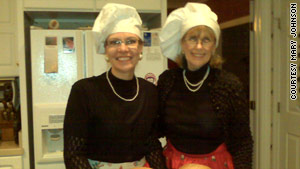 Mary Johnson and Carolyn Mueller dressed up as Julia from "Julie & Julia" for their dinner party.

Do make it interactive

Johnson and Mueller dressed up in old-school aprons, chef hats and pearls. Gisiger says this is a great way to get guests involved in the theme, especially if you offer them prizes for being creative.

Lee recommends creating ballot games and trivia to entertain guests in between watching category announcements at the Academy Awards show.

Do set the mood

Although Gisiger's budget may be a bit bigger than yours, his club's glowing blue atmosphere should inspire you.

"I think there are so many things you can do from home. It's just a way of being creative and making it different from others,'" the club owner said.

Gisiger suggests having a signature drink that follows the theme of the party, similar to his "Avatar Princess" martini made with vodka, Cognac and pineapple juice -- with a glow stick, of course. 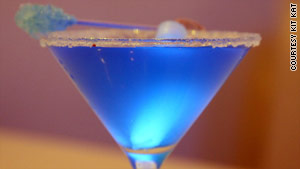 Stacy Suzuki attended another "Julie & Julia" party in Hawaii where the host had guests bring a dish from Julia Child's cookbook. The recipes were on display and the dining table was set with lines from France. A French cooking DVD played in the background.

"A part-French poodle was running around the house wearing a doggie t-shirt made in Paris," she said.

Lee, also the Moet & Chandon spokeswoman, said you can offer your guests the same cocktail the stars are drinking on the red carpet and at the Governor's Ball -- Moet Golden Glamour.

Or bring the fashion world to your party by making it black tie optional and place digital cameras around the room to capture paparazzi shots, Lee suggested. Whatever you do, "don't keep the glamour to a minimum."

Suzuki's host created a full menu using all of Julia Child's recipes. When the guests left, the host had copies of the recipes available to take home.

The gift bags at the Kit Kat Lounge will include that blue boa, a glowing heart-shaped necklace and a T-shirt.

But most important, Gisiger says, is that guests leave feeling recharged.

"It's a fun way to escape," Gisiger said about both the party and movies in general. "That's kind of what we focus on."