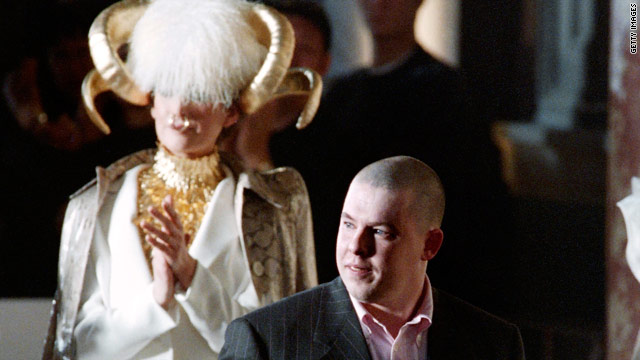 "I believe strongly in the Alexander McQueen brand and its future," Gucci Group CEO Robert Polet said in a statement carried on the Web site of Gucci parent PPR.

The future of McQueen's 11-store, 180 employee fashion house had been uncertain following the 40-year-old's death, with industry experts speculating it was not successful enough to endure without its figurehead.

PPR on Thursday revealed a company-wide net profit rise of 6.9 percent to €984.6 million ($1,328 million) but a 4 percent revenue fall to €16.52 billion. It did not break down figures to reveal McQueen's turnover, but reports speculate the brand is running at a loss despite heavy celebrity endorsements.

The Times of London reported on Thursday that the label had struggled to make a profit and analysis of recent accounts showed it had liabilities of more than £32 million ($49 million).

PPR boss Francois-Henri Pinault said in a statement: "Lee Alexander [McQueen] was a pure genius and a poet who was imaginative and original. His art went beyond the fashion world. The Alexander McQueen trademark will live on. This is the best tribute that we could offer to Lee."

McQueen's death last week shocked the world of fashion, with many in the industry paying tribute to a man they described as a unique talent capable of becoming a major name.

McQueen was born in 1970 in London's East End, the son of a taxi driver and trained in London's Savile Row, going on to study fashion at college before making his name with his own extravagant designs.