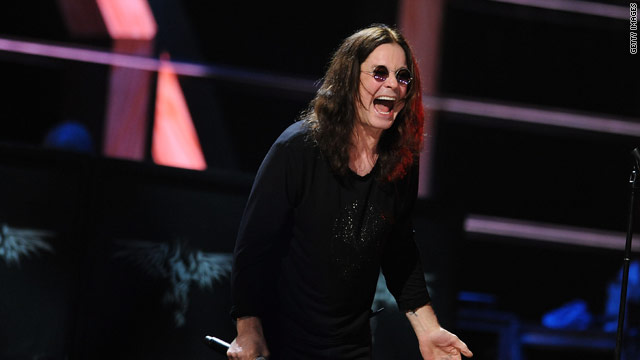 London, England (CNN) -- Ozzy Osbourne, the former front man of rock group Black Sabbath, says that after decades of living a life of drugs and sex, he's lucky to be alive today.

Speaking to CNN's Max Foster, Osbourne described in detail how he often played a dangerous game when it came to using drugs and having promiscuous sex.

"With the sexually transmitted disease, what I was doing is playing Russian roulette with sex," says Osbourne.

"With the drugs, it nearly killed me on a daily basis -- I did a lot of heavy drug taking for a long time and I survived it by the grace of God.

"You might not be as lucky as me -- I'm living on borrowed time."

In his autobiography, "I am Ozzy," Osbourne discusses his past, his family and his time with Black Sabbath.

Answering a viewer's question on whether he realized his power to change people's lives, Osbourne replied with shock.

"When you're on the inside looking, you don't see it that way," Osbourne said.

"But I suppose you're right. I do -- I do have the power to change people's lives."

What does he remember about Black Sabbath?

"We were just four kids from Aston in Birmingham who had a good idea and it worked out fine."

Osbourne also discussed the current state of the music industry and the "manufacturing" of artists today.

"It's completely different -- they're manufactured people now... like ice cream.