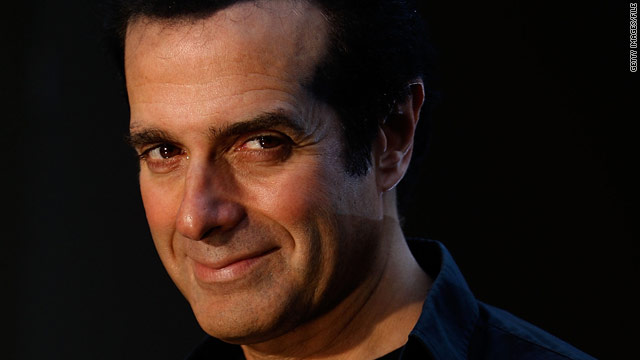 A woman who accused David Copperfield of sexual assault has been charged with prostitution and making a false accusation in another case.
STORY HIGHLIGHTS
RELATED TOPICS

Los Angeles, California (CNN) -- A Seattle, Washington, woman who accused illusionist David Copperfield of sexually assaulting her more than two years ago has now been charged with prostitution and making a false accusation in another case, according to Copperfield's attorney and Washington state officials.

The federal probe of Copperfield was officially closed earlier this month.

"Local authorities have charged Mr. Copperfield's accuser with making yet another false claim of rape, this time against a Seattle-area businessman, and with prostitution," Copperfield lawyer Patty Eakes said Tuesday.

"These developments vindicate Mr. Copperfield and confirm what he has said all along -- this woman tried to extort money from him by making a false claim," Eakes said. "Thankfully, authorities have now stepped in to stop her."

The investigation of Copperfield became public in October 2007 when FBI agents raided a warehouse owned by Copperfield in Las Vegas, Nevada. Investigators hauled away a computer hard drive and a memory chip from a digital camera system, as well as $2 million in cash that was inside a safe, sources close to the probe said.

A Seattle police spokesman told CNN the investigation began when the woman filed a police report concerning an incident that allegedly took place in the Bahamas in the summer of 2007.

His lawyer at the time called it a false allegation and said "Mr. Copperfield's reputation precedes him as an impeccable gentleman."

The 53-year-old performs in Las Vegas and around the world, has starred in TV specials, and was named a "living legend" by the Library of Congress.

Despite the accusation, Copperfield continued to sell out large arenas around the United States, according to Forbes Magazine, which estimated he earned $30 million last year.

He was once engaged to model Claudia Schiffer.

According to his Web site, Copperfield began performing professionally at age 12 "and became the youngest person ever to be admitted to the Society of American Magicians. By 16, he was teaching a course in magic at New York University."