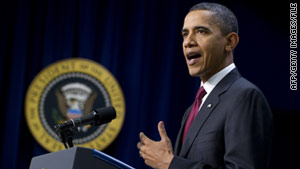 Washington (CNN) -- Although Congress has now voted to repeal the military's controversial "don't ask, don't tell" policy, it will be at least a few months before the historic change takes effect.

President Barack Obama will sign the repeal on Wednesday morning, the White House says, setting the stage to allow gay people to serve openly in the armed forces. But the Pentagon has an 87-page implementation plan for the repeal of "don't ask, don't tell." Over the next several weeks, military officials need to examine and rewrite a series of policies, regulations and directives related to the current law.

Once that potentially lengthy process is complete, Obama, Defense Secretary Robert Gates and Joint Chiefs Chairman Adm. Mike Mullen will each have to certify that the repeal can move ahead without negatively affecting unit cohesion and military readiness.

Senators react to the repeal of DADT
RELATED TOPICS

Three active-duty service members recently contacted by CNN -- all of whom identified themselves as gay but who do not want to be identified -- expressed relief at the congressional decision to repeal "don't ask, don't tell."

One member currently serves in the Air Force, while another serves in the Navy. The third referred to himself only as a military officer.

None of the three said the impending repeal of "don't ask, don't tell" would have a dramatic impact on their day-to-day life. They said they don't plan on revealing their sexual orientation to anyone who isn't already aware of it.

They predicted little drama on the day the repeal takes effect, contending that few people currently hiding their sexual identity would make any sort of public declaration.

All three said that passage of the repeal would make it more likely that they will remain in the military for a longer period of time.

A Pentagon study released this month concluded that allowing openly gay or lesbian troops to serve in the military would have little lasting impact on the U.S. armed forces. Opposition to the change was much higher in Army and Marine combat units than in the military as a whole.