Political Circus: Next up, the Tequila Party 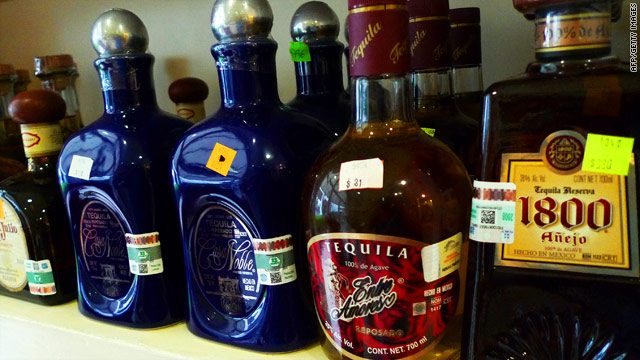 Some Latino leaders in Nevada are floating the idea of starting a version of the Tea Party and naming it after the popular drink.
STORY HIGHLIGHTS
RELATED TOPICS

Latino leaders in Nevada have begun to float the idea of breaking their long ties to the Democratic Party and forming their own party -- the Tequila Party, the Las Vegas Sun reports.

"The idea, born of frustration over the party's inaction on immigration reform and fears that as a voting bloc they're a political afterthought, Latino leaders have discussed the idea among themselves locally and in conference calls with colleagues across the country."

Football on the Senate floor

Mediaite's Jon Bershad quips: "It was five whole minutes without anything for the Democrats to get yelled at for or the Republicans to obstruct. I'm sure it was very relaxing."

Tell us how you really feel

Joe Scarborough, the MSNBC host and former conservative congressman from Florida, says it's time for members of his party to get off the sidelines and express their true feelings about Sarah Palin.

"Republicans have a problem. The most-talked-about figure in the GOP is a reality show star who cannot be elected," Scarborough writes in a column for Politico out Tuesday. "And yet the same leaders who fret that Sarah Palin could devastate their party in 2012 are too scared to say in public what they all complain about in private."

Sippin' on gin and juice

that he is looking forward to retirement -- especially drinking gin and tonics.

Big brother is watching ... your film

Actor Mark Ruffalo says he has been put on a terror watch list since supporting a new documentary about natural gas drilling, according to Britain's Daily Mail.

"His efforts to raise awareness and demand a stop to natural gas drilling attracted the attention of officials from Pennsylvania's Office of Homeland Security," the paper reports. "He later discovered his efforts had landed him on a terror alert watchlist."

Mitt Romney will appear Wednesday night on "The Tonight Show with Jay Leno."

"During a recent interview, Sarah Palin said we have to stand with our North Korean allies. When told that North Korea is not our ally, Palin said, 'I'm sorry, I meant East Korea.' " -- Conan O'Brien

Jimmy Kimmel: "President Obama had an unusual weekend, for a president anyway. On Friday, he took an elbow to the face and had to get 12 stitches. He was in line at Best Buy to get a $39 Blu-ray player."

Jay Leno: "President Obama [had] 12 stitches in his lip. He got an elbow in a pickup basketball game. Boy, that is the last time he plays with Sarah Palin."

Jon Stewart: "Two hundred and fifty thousand secret cables detailing the candid conversations between high-level ambassadors ... laid bare. ... Who put Perez Hilton in charge of our diplomatic corps? 'Hey, Colombia, is that your army, or did Menudo just get back together.' "