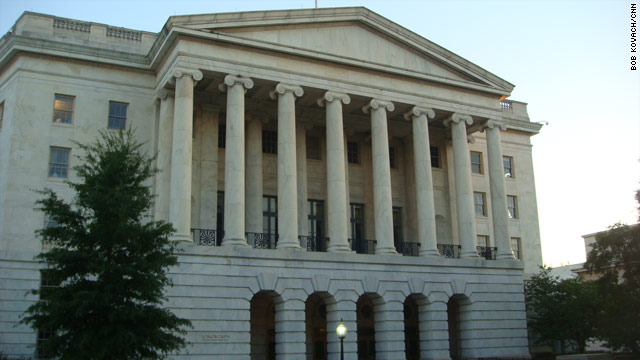 You say cheap, I say thrifty

Fiscal conservativism got incoming House freshmen into office, and now they plan to show their constituents that they mean it.

The Wall Street Journal reports: "With voters again shunning Washington and fiscal excess, a number of incoming House members plan to demonstrate their scorn for both by camping out near their new desks. Many more are still undecided but may well join the sleep-sofa caucus."

Freshman Todd Rokita, R-Indiana, summed it up to the Journal: "I'm not doing this as a political stunt," he said. "I'm doing this because I'm a cheap b------."

What's in a word?

ABC News takes a look at how your preference for certain words -- such as "marriage" or "homelessness" -- may reveal which party you belong to.

The Motion Picture Association of America is looking for a new chairman, according to The New York Times -- and some unlikely candidates are being considered.

"According to a headhunter with knowledge of the search, but who asked for anonymity because the search is private, one candidate is Christopher J. Dodd, the powerful Democratic senator from Connecticut, who is retiring," the Times reports. "Bill Richardson, the exiting governor of New Mexico, is also in the mix, this person said."

Jay Leno: "This holiday season the TSA will handle more packages than the post office."

Jimmy Fallon: "President Obama told Barbara Walters last night that he'll 'have problems if the American people are dissatisfied with him.' In a related story, Obama has problems."

David Letterman: "40 million people traveling on Thanksgiving -- and those are just the Democrats leaving Washington."

Jimmy Kimmel: "We freak out if a TSA agent touches the outside of our pants but [on] Black Friday we'll hump each others' heads to get to Walmart to save eight bucks on a PSP [PlayStation Portable]."