Henry in the House: Obama mulls big speech to Chamber of Commerce 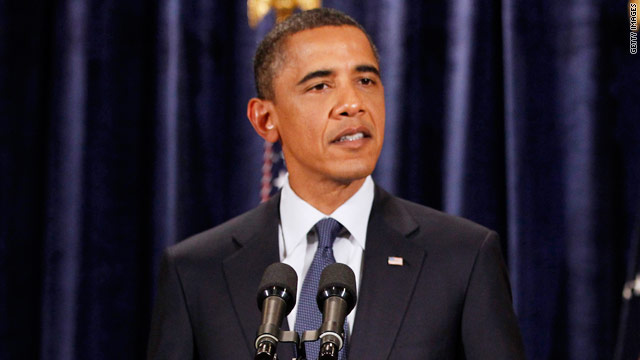 President Obama slammed the Chamber of Commerce, alleging it may have been using illegal foreign money to influence voters.
STORY HIGHLIGHTS

Editor's note: Ed Henry has covered the White House for CNN since March 2006. In "Henry in the House," he offers an insider's view of the Obama White House

Washington (CNN) -- After months of all-out political war with the nation's most powerful business lobby, President Obama appears to be on the verge of launching a dramatic peace offering to the president and CEO of the U.S. Chamber of Commerce, Tom Donohue.

Two sources familiar with the negotiations tell me that Obama was giving serious consideration to going into the lion's den and delivering a speech at a December 2 jobs summit hosted by Donohue, whose organization just spent tens of millions of dollars trying to bring the president's agenda to a screeching halt by helping to elect more pro-business lawmakers in the midterm election.

"It was my impression they were looking very favorably on the invite," a senior Chamber official told me about the White House, and a senior administration official did not quibble with that account when I checked with the White House on Friday.

For more on Obama's relationship with the Chamber of Commerce, check out CNN's White House blog, The 1600 Report.

I'm told that for logistical reasons, unrelated to Obama, the Chamber of Commerce had to cancel the December jobs summit. But the group is now planning a similar January event and wants Obama to be the headliner.

"The president is always welcome at the Chamber," the senior Chamber official told me. "It can be done, frankly, very quickly if they want to do it. We would be very open to that."

A senior administration official told me the White House has not yet officially gotten a second invite, but they would give serious consideration to any future inquiry from the Chamber.

If you think about it, this could be an ideal opportunity for Obama to deliver a big speech early in January when the new Congress convenes. It would be particularly good timing for Obama to try and set the agenda and tee up his State of the Union address later in the month, not to mention hit the reset button on his fractured relationship with the business community.

"This would show the president will engage people with different views," one senior Democratic strategist told me. "I think it would be a good thing."

In fact, top Democratic strategists tell me senior White House officials like David Axelrod have been working aggressively behind the scenes to help facilitate a chance for Obama to finally bury the hatchet with Donohue and the rest of the business community.

It was only weeks ago, on the eve of the election, that Obama was slamming the Chamber, alleging that they might be using illegal foreign money to influence the midterms, a charge the Chamber vehemently denied.

While senior officials like Axelrod and Treasury Secretary Timothy Geithner have publicly tried to downplay any tensions with the business community, I'm told by these Democratic strategists that members of the administration are privately more concerned than they're letting on about just how politically damaging the image of Obama being anti-business has been.

It was already reported this week that Geithner tried to start brokering a detente of sorts by appearing before the Chamber's board, with the senior official there telling me that the Treasury secretary's visit was "refreshing" and a good start.

Beyond the political intrigue, the significance is that there has been a lot of pessimism in Washington about whether Obama can really get much done in 2011 with a Republican House and a shrunken Democratic majority in the Senate.

But there are signs that Obama may be able to form an unlikely alliance on some key issues with the Chamber of Commerce, which has a lot of sway with incoming House Speaker John Boehner, R-Ohio, and could help each side bridge at least some of their differences on economic matters.

Jen Psaki, White House deputy communications director, told me that a lot of the tension with the Chamber was overblown and she believes they will be able to work together on billions in new infrastructure spending the president is trying to secure, as well as Obama's push to double U.S. exports within five years -- an idea that Chamber officials diplomatically note was first pushed by Donohue.

"The economic recovery is more important than political battles of the past," said Psaki. "There are a number of issues that we can see eye to eye on."

Donohue seems to agree, based on a pretty positive speech he delivered this week in which he said America is a "nation at risk" because of the slow economic recovery and he's ready to work with Obama to fix it.

"We're prepared to join with President Obama, his administration, and both parties in Congress to achieve these goals," Donohue said. "Our economy is simply not expanding fast enough to reduce unemployment and create 20 million jobs. It's time to get serous. It's time to act. We've been diagnosing our problems for years. How about some treatment?"

A turning point in this often testy relationship may have been the president's trip earlier this month to Asia. Administration officials credit Donohue with flying to South Korea while Obama was there to try to help the President push along the pending free trade agreement (though it's still stalled), while Chamber officials credit Geithner with being available to Donohue at 3 a.m. during the trip to help iron out a sticking point.

Nevertheless, an Obama speech to Donohue's group would be a dramatic gesture, because the White House and the Chamber have been at each other's throats for much of the past two years.

While Donohue supported the stimulus plan as well as the auto bailouts early on in the Obama administration, the cooperation pretty much stopped there. It "went off the rails," in the words of a senior Chamber official, over the president's health care reform.

It has always been known that the Chamber was fighting that plan tooth and nail, but nobody knew just how aggressively until this week, when Bloomberg reported that health insurers gave the Chamber $86.2 million to battle the plan -- a staggering amount.

The Chamber spent tens of millions of dollars more to support Republicans -- as well as some conservative Democrats -- in the midterm election. Those efforts helped knock the president's party out of power in the House and weakened his hand in the Senate.

Despite the happy talk now about working together on other issues, let's not forget that the Chamber will be glad to be part of any Republican effort on Capitol Hill to weaken the president's signature health care and Wall Street reform laws.

In addition, the White House has been working behind the scenes to boost an outside group of corporate executives, known as Business Forward, to help set it up as a kind of rival organization to the Chamber of Commerce. The idea is, according to senior Democratic strategists, that the executives who make up Business Forward can stand up and support the president's agenda -- serving as a counterweight to Chamber opposition in order to show that the business community is not unilaterally anti-Obama.

In fact, Jim Messina, deputy chief of staff at the White House, briefed leaders of Business Forward on Obama's agenda at a meeting in Washington on Monday. The group is made up of executives from several major corporations, including AT&T, Ford, Facebook, Microsoft, Fidelity, Hilton Worldwide, Visa, Wal-Mart, McDonald's and Time Warner (the parent company of CNN).

Documents from the event obtained by CNN noted that "17 of America's most respected companies are working with Business Forward to encourage thousands of business executives, small business owners, entrepreneurs and venture capitalists to get engaged in the policymaking process."

The documents added that over the next three months, the group plans to "host panels in Washington and around the country on consumer financial protection, trade and exports, cybersecurity and IP, health care and childhood obesity," all of which could be an opportunity to drum up support for some of Obama's signature issues.

Officials familiar with the inner workings of Business Forward said they're also using Washington lobbyists to help enlist support for Obama's initiatives, despite the administration's efforts to foster a very hands-off relationship with the lobbying community. Attendees at Monday's meeting with Messina included powerhouse lobbyists like Manuel Ortiz, who lobbies for Visa, Verizon, and AT&T among other corporations, and Broderick Johnson, who lobbies for big clients like Microsoft and Comcast among others.

A senior administration official stressed that Messina's appearance at Business Forward was part of the White House's regular outreach to the business community and he was merely "providing information about our agenda" and was not allowing lobbyists to help formulate policy.

Meanwhile, a senior Chamber official scoffed at the idea that Business Forward will be able to rise to any sort of rival to the Chamber. "It's a joke," said the official. "We've been here 100 years."

The Chamber also is not about to let Business Forward get in the way of Donohue sitting down to get some business done with Obama.

"I think Donohue's approach is very pragmatic," said the official. "We set to narrow the numbers [in the House and Senate]. But the election is over. The people have spoken. Now there's a lot to do to create jobs. We can meet them halfway."

The official added, pun intended: "The Chamber of Commerce is always open for business."