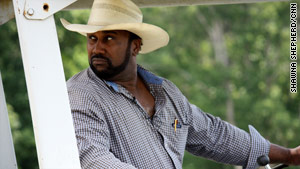 Washington (CNN) -- The U.S. Senate approved a $1.15 billion measure Friday to fund a settlement initially reached between the Agriculture Department and minority farmers more than a decade ago.

The 1997 Pigford v. Glickman case against the U.S. Agriculture Department was settled out of court 11 years ago. Under a federal judge's terms dating to 1999, qualified farmers could receive $50,000 each to settle claims of racial bias.

"This is much long overdue justice for black farmers," said John Boyd, founder and president of the National Black Farmers Association.

President Barack Obama issued a statement applauding the Senate's decision and urging the House to follow-up on its efforts earlier this year, so he can sign the settlements into law. Officials are still working to resolve similar discrimination lawsuits filed against the U.S. Department of Agriculture by women and Latino farmers, according to Obama.

"While these legislative achievements reflect important progress, they also serve to remind us that much work remains to be done," Obama said.

In another statement, Agriculture Secretary Tom Vilsack called the settlements "a major milestone in the U.S. Department of Agriculture's efforts to turn the page on a sad chapter."

"The agreement that we reached shows what can happen when Democrats and Republicans come together to do the right thing," he said.

The measure was approved by unanimous consent.

The Senate also cleared -- in the same piece of legislation -- $3.4 billion to fund a separate settlement reached with the Department of Interior for mishandling of a trust fund managed for Native Americans. The bill also includes settlements for four water-right lawsuits filed by Native American tribes.

In July, the House approved a war supplemental bill that included money to pay for the settlements. At the time, however, the Senate failed to approve the measure.

Sen. Tom Coburn, R-Oklahoma, dropped an objection to the package this week after Senate leaders agreed not to finance it through additional deficit spending.

The measure will now have to be approved by the lame duck House before moving to Obama's desk to be signed into law.