Political Circus: Bristol Palin a no-show at the polls 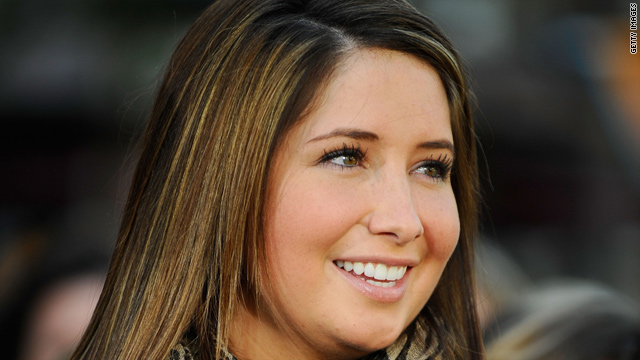 Washington (CNN) -- Politics is serious business, but not all of the time. From the halls of Congress to the campaign trail, there's always something that gets a laugh. Here are some of the things you might have missed.

But mom, I was too busy dancing!

Bristol Palin, who's currently starring on ABC's "Dancing with the Stars," dropped a bombshell to "Inside Edition," saying she didn't send in her absentee ballot to Alaska. Mama Grizzly can't be too happy about that.

Next stop, the Olympics

Democrat Ed Perlmutter, fresh off his win in Colorado's 7th Congressional District, was so excited that he couldn't contain himself -- or mock his opponent. According to the Denver Post, "playing off a TV ad his opponent ran during the campaign, Perlmutter wanted to prove he could do a real cartwheel." And a cartwheel, he did. Two of them.

This is not your typical children's book for a Christmas tree or stocking. "Barry" takes over for Santa Claus amid questions about whether or not he's from the North Pole, a stolen election for Santa's elves, and cameos by Joseph Stalin, Mao Zedong and a fiery Reverend Blight ("The North Pole's chickens are coming home to roost!").

That's all in "The Liberal Claus: Socialism on a Sleigh," according to The Portland Mercury, which obtained and reviewed a copy of the book. The author of the satirical tome is David Hedrick, a Tea Party candidate who unsuccessfully sought the Republican nomination in Washington's 3rd Congressional District.

Apparently, Secretary of State Hillary Clinton has a new title -- POTUS, according to Politico. At an event in New Zealand on Thursday, the country's prime minister, John Phillip Key, called her "President Clinton," sparking laughter and a quick correction.

Bloomberg News reporter Hans Nichols cut the tension in the East Room of the White House on Wednesday when he asked President Obama if he'd have expected-to-be-House Speaker John Boehner over for a Slurpee -- a joke referring to a beer summit Obama previously had at the White House.

Obama shot back, "I might serve. They're delicious drinks. ... The Slurpee Summit."

The picture you need to see

Call it the Illinois Senate beer summit. In this Getty Images photo, Republican Mark Kirk, who won the race to become Illinois' next senator, clinks beer glasses in a toast with his rival Alexi Giannoulias at the Billy Goat Tavern on Wednesday in Chicago, Illinois.

Can he bet on himself?

According to AOL News, Wayne Allyn Root, a "well-known Vegas sports handicapper," is also the Libertarian Party's front-runner nominee for the 2012 presidential contest.

Shake your bonbon to taxes

to Tom Jones, Ricky Martin and Lady Gaga to thank people in Cebu, Philippines, for paying up.

The Hill's Jordy Yager perfectly sums up the post-election depression that campaign workers -- especially those of losing candidates -- face.

"The e-mails and phone calls stop. The campaign headquarters are deserted. And the realities set in: The electricity and cable in the office need to be turned off, someone needs to scrapbook the campaign buttons and memorabilia -- and then, perhaps most importantly, everyone needs to find another job."

Jay Leno: "What do the Democrats have in common with Charlie Sheen? They both woke up this morning saying, 'what happened last night?' "

Jimmy Fallon: "It was really emotional seeing the results on TV. I don't know what was more touching, John Boehner starting to cry or Nancy Pelosi trying to cry."

Jon Stewart: "And another big winner last night: Women, who long ago proved capable of big gubernatorial and senatorial victories. But last night, they finally achieved parity with men in the category of blowing a tremendous amount of one's own money with nothing to show for it. ... 'We did it girls! We shattered the waste ceiling!' "