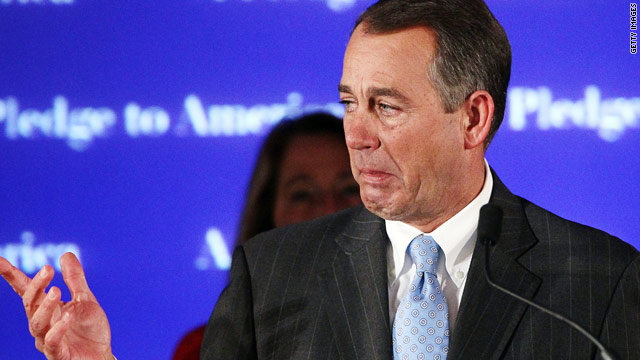 In his discussions with Boehner and McConnell, Obama told the two he was looking forward to working with them and Republicans "to find common ground, move the country forward and get things done for the American people," according to the White House statement.

Boehner's team issued a statement on the call from Obama, saying the two had a "brief but pleasant conversation."

Pelosi: Not going back to the past

"They discussed working together to focus on the top priorities of the American people, which Boehner has identified as creating jobs and cutting spending," the Boehner statement said.

"That's what they expect," Boehner was quoted as telling Obama in the call, according to the statement.

Earlier, Boehner told a victory rally that "it's clear tonight who the real winners are, and it's the American people."

Before the election, Obama criticized Boehner for saying recently that "this is not a time for compromise" if Republicans win control of the House.