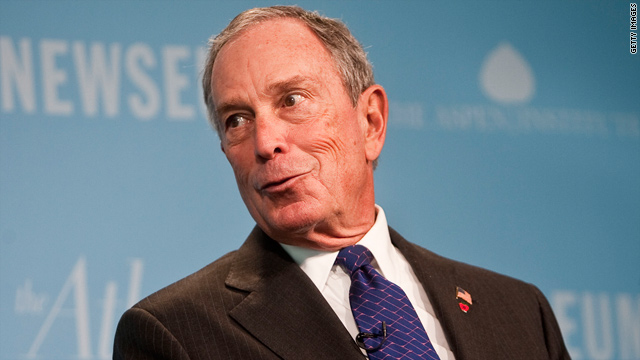 Washington (CNN) -- With Election Day just hours away, the rhetoric keeps getting more intense, interesting and, shall we say, passionate. Here are some things you might have missed.

Everything Bloomberg touches turns to ....

Voted in? New York City Mayor Michael Bloomberg made billions betting on what the stock market would do. It appears his gambling instincts may be good in the political arena, too, the New York Daily News points out. Three statewide candidates that Hizzoner endorsed -- including Democratic gubernatorial candidate Andrew Cuomo -- are leading in the polls and poised to win on Tuesday.

The bid is too damn low!

Jimmy McMillan, the "Rent is Too Damn High" candidate for New York governor, is taking his platform to the Web. He recently endorsed an internet auction site, BidHere.com, which allows users to "bid against each other to win a month's rent ($1,200)," according to POLITICO. Watch McMillan's video endorsement here.

President Obama gets a lot of mail, and it's safe to say a lot of it isn't read by him. But he does take time to write handwritten letters back to some people, including Michigan resident Jennifer Cline, whose letter detailing her health care struggles touched the president and resulted in a response.

Now that handwritten letter from Obama is paying off. The New York Post reports Cline is selling the letter to an autograph dealer for $7,000 -- to help pay for a house.

Haley Barbour -- chairman of the Republican Governors Association -- is a tell-it-like-it-is kind of politician. And he certainly didn't hold back on what he sees as the real reason his party could sweep up seats in Congress on Tuesday: Voters may not love us, he told CBS, but anything's better than the status quo.

The Senate race in Alaska has definitely been a talker this campaign season, as longtime Republican Sen. Lisa Murkowski lost to Tea Party-backed candidate Joe Miller in the GOP primary. Murkowski didn't give up -- she chose to run as a write-in candidate. But that move may create a vote count mess,The New York Times reports -- and the winner may not be declared for weeks.

Picture of the Day: I'll have what he's having