Preston on Politics: Democrats prepare for the worst 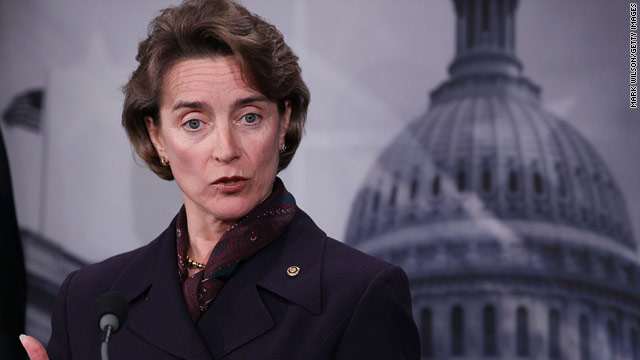 The GOP says Arkansas Sen. Blanche Lincoln -- down 14 points in the polls -- would be a rubber stamp for the president.
STORY HIGHLIGHTS

Washington (CNN) -- It has been said over and over again: The 2010 midterm is the anti-incumbent, anti-Washington and by virtue of their position in power, the anti-Democratic election.

A sputtering economy, 9.6 percent national unemployment rate, housing crisis and little hope for a quick turnaround on the jobs front has forced Democrats on the defense heading into November.

OK, that is an understatement.

Democrats are under siege all across the country and are in deep danger of losing control of the House and if a massive wave develops on November 2, perhaps even the Senate.

Fueled by a huge fundraising effort by the Republican Governors Association, the GOP is also in position to reclaim more than a half dozen governorships including in states that President Obama easily won in 2008 such as Iowa, Michigan, and Pennsylvania.

The new CNN/Time/Opinion Research Corporation Polls offers data that shows Democrats running for Senate seats in four key states are in dire straits and a president with little juice to help propel them to victory.

In all four of these states: Alaska, Arkansas, Florida and Ohio, Obama's job approval rating ranges from a low of 33 percent (Arkansas) to a high of 42 percent (Ohio). The anti-Washington, thus anti-Democratic, theme shines like a bright neon sign in each of these races.

And the GOP's rubber stamp argument seems to be resonating with voters, whether it is true or not: Sending, say, Arkansas Sen. Blanche Lincoln back to Washington means she will be a rubber stamp for Obama. Lincoln, who stuck to her centrist views and beat back a strong primary challenge from her political left earlier this year, is trailing her GOP opponent, Rep. John Boozman, by 14 points.

In Ohio, Democratic Senate nominee Lee Fisher is down 15 points to Republican Rob Portman. And in Florida, GOP Senate nominee Marco Rubio has a 26 point lead over Democrat Kendrick Meek in a three way race that also features Charlie Crist. Crist is running an independent bid for the Senate seat and trails Rubio by 14 points.

(The National Republican Senatorial Committee is also making the claim to West Virginia voters that the popular Democratic Gov. Joe Manchin would be a rubber stamp for Obama if elected to the Senate).

But the Democrats running for governor in three of four of these states surveyed by CNN/Time/ORC shows that these candidates are either competitive or leading in their individual races. Arkansas Gov. Mike Beebe has a 27-point lead over his GOP rival Jim Keet; Ohio Gov. Ted Strickland is up one point over Republican opponent John Kasich; and in the race for Florida governor, Democrat Alex Sink trails Republican Rick Scott by three points, which is within the poll's 3.5 percent margin of error.

So, I think it is fair to say -- outside of Alaska -- that Democratic incumbents and candidates in these three states are not being stuck in the same category as their Democratic counterparts running for Senate. That is not to say the national mood is not having a negative affect on these Democrats, it just hasn't been devastating.

As for the CNN/Time/ORC Poll, I dug a little deeper into the survey and found these interesting data points:

Alaska: Lisa Murkowski obviously faces a difficult challenge in having her supporters correctly write-in her name on the ballot on November 2. The poll shows that Murkowski and GOP nominee Joe Miller are tied at 37 percent, with Democratic nominee Scott McAdams registering support at 23 percent. But when respondents were asked if they might choose another candidate if they think the write-in procedure is too complicated, 3 percent answered yes. So, take that 3 percent away from Murkowski's 37 percent and all of a sudden Miller is up three points. Murkowski is still within in the margin of error, but as CNN Polling Director Keating Holland noted "in a tight race, this might be the difference between winning and losing."

Murkowski's greatest support comes from Anchorage and the Panhandle, while Miller wins Fairbanks and the Anchorage area when you expand it beyond the city limits.

Arkansas: How troubling is this for Democrat Blanche Lincoln? She is losing the woman vote to Republican John Boozman by eight points. She performs strongest in the east, while Boozman wins every other region of the state.

Florida: Republican Marco Rubio is winning independents by four points over Charlie Crist, who is running an independent bid. Rubio's lead is within the 6 percent margin of error. Rubio is also winning every corner of the state except southern Florida/Miami area where Crist holds a modest lead over the Republican nominee and the Democratic nominee Kendrick Meek. In the governor's race, Democrat Alex Sink is losing every region to Republican Rick Scott, but is crushing him in the southern Florida/Miami area. Sink, too, has soft support with women. She leads Scott by five points with women voters, but that is within the 5 percent margin of error for that specific question.

Ohio: In the Senate contest, Democrat Lee Fisher is losing to Republican Rob Portman among men and woman and in every age category. Geographically, Fisher leads Portman in the Cleveland area by eight points, but that is within the 8.5 percent margin of error. Portman is winning in every other part of the state. As for the competitive governor's race, Ted Strickland is winning women, while John Kasich wins men. Strickland has a 15-point lead over Kasich with voters who earn less than $50,000, while Kasich has an 11-point lead over Strickland with voters who earn more than $50,000. Kasich has an 11-point lead over Strickland with independents. As for geographic regions, Strickland is leading in the Cleveland area and the central part of the state (the latter is within the margin of error), while Kasich is carrying Cincinnati/Dayton and has a slight lead in Columbus. In the industrial north, the two candidates are dead even.