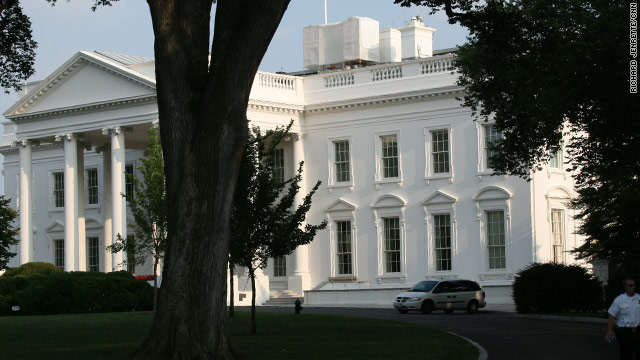 A solar hot water heater will have a solar collector facing the sun to heat water for use in the White House residence.
STORY HIGHLIGHTS
RELATED TOPICS

Chu announced the conversion at the 2010 GreenGov Symposium in Washington, accompanied by Nancy Sutley, chairwoman of the Council of Environmental Quality.

"This project reflects President Obama's strong commitment to U.S. leadership in solar energy and the jobs it will create here at home," Chu said in a written statement released by the Energy Department. "Deploying solar energy technologies across the country will help America lead the global economy for years to come."

By installing the solar panels on the White House, Sutley said the president is underscoring a commitment to "lead, and the promise and importance of renewable energy in the United States."

The solar panel system, which should be installed by next spring, will convert sunlight directly to electricity, while the solar hot water heater will have a solar collector facing the sun to heat water for use in the White House residence. The Energy Department said a competitive procurement process will be used to select the company that will make the installations.

The announcement comes on the one-year anniversary af an executive order signed by the president that called on the federal government to lead in the establishment of a clean energy economy.