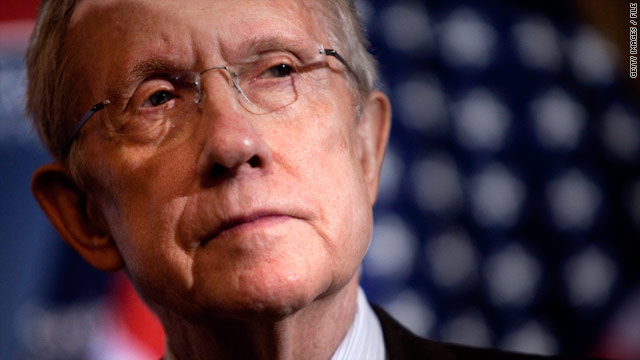 Washington (CNN) -- Congress on Thursday passed a measure to fund the federal government another two months, their last major legislative action before shutting down and returning to the campaign trail for the Nov. 2 elections.

The House voted 228-194 early Thursday morning and the Senate voted 69-30 on Wednesday to pass a stop-gap effort that effectively keeps the lights on at agencies and major federal programs until Dec. 3. The tab for the 64 days tops $219 billion, meaning the overall budget for the new fiscal year will be $219 billion lighter, a congressional aide explained.

The move marks Congress' second major accomplishment since returning from summer break in September. Congress also passed a bill giving tax breaks to small businesses. The Senate also confirmed two of three nominees to the Federal Reserve board of governors, a seven-member board which has been operating short by three members.

"We may not agree on much," said Majority Leader Harry Reid, D-Nev., who is facing a tough re-election fight. "But with rare exception, all 100 senators want to get out of here and get back to their states."

The bill goes to President Obama's desk, and he is expected to sign it before Friday, the first day of fiscal year 2011. Had Congress had failed to pass the funding bill, the federal government would have closed down, which would have been tough for lawmakers to defend on the campaign trail.

The funding actually shaves $8.2 billion from current levels, due to savings in Census Bureau programs and military base closings. Most government agencies and programs will be funded at current rates.

And a few agencies are due to get a bit more funding, including $23 million for an agency that oversees offshore drilling and $700 million for a Pakistan counterinsurgency program.

Congress also plans to keep in place, through next Sept. 30, higher limits on the mortgages backed by Fannie Mae and Freddie Mac. The limits range up to $729,750 for pricey areas.

The measure also will maintain loan limits for federally insured reverse mortgages for pricey areas at $625,500. And it will extend loan limits insured by the Federal Housing Administration.

All the loan limits were set to expire at the end of the year.

"Fannie and Freddie are synonymous with mismanagement and waste, and have become the face of Too Big to Fail," Sen. John McCain, R-Ariz. said.

The 11th-hour scramble occurred because lawmakers failed to approve a federal budget in time for the new year.

It's hardly the first time. In fact, tardy federal budgets have been par for the course for most of the past 35 years.

The continuing resolution -- a "CR" in congressional lingo -- authorizes the heads of government agencies to obligate money they need to spend to carry out their agencies' work, whether through signing contracts, making purchases or hiring people.

While it's not unusual for Congress to turn in a federal budget past the deadline, there's a somewhat new twist in the old procrastination dance this year.

That's because neither the House nor the Senate have even passed a formal budget resolution, which typically is done in the spring before the appropriations committees decide how to allocate federal funds.

The budget resolution sets caps for spending, establishes revenue targets and generally serves as a five- to 10-year blueprint of congressional priorities for the appropriations and tax committees to follow.

To date, the House has passed two of the 12 appropriations bills for 2011. The Senate hasn't passed any, but 11 of the 12 spending bills have been approved by the Appropriations Committee.

But it's a long way to the finish line for legislators. And there is still no consensus within or between the House and Senate on what the specific cap should be on discretionary spending for next year.

All told, the CBO estimates that the 2011 budget will total $3.7 trillion based on policies that were in place this summer. A little less than a third of that would go to discretionary spending and the rest would go to entitlement programs such as Medicare and interest on the country's debt.

One nominee has yet to be confirmed: Peter Diamond, who is an economics professor at the Massachusetts Institute of Technology.