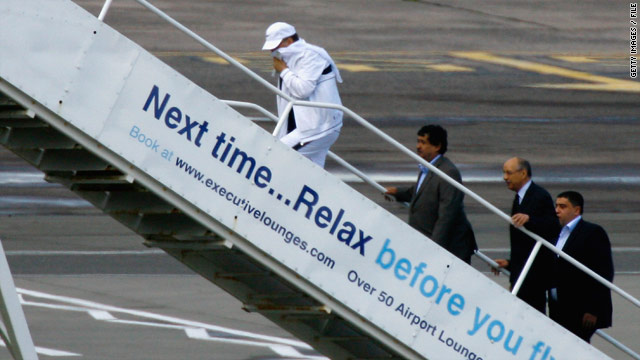 (CNN) -- The U.S. Senate Foreign Relations Committee will hold a hearing Wednesday on the circumstances surrounding the release of convicted Pan Am Flight 103 bomber Abdelbasset al-Megrahi from a Scottish prison last year.

The Scottish government released al-Megrahi just over a year ago on the grounds that he had cancer and was not likely to live more than three more months.

Al-Megrahi is the only person convicted in the bombing of Pan Am Flight 103, which exploded over Lockerbie, Scotland, in December 1988, killing 259 people on the plane and 11 on the ground.

Most of the dead were Americans. The flight was heading to New York from Frankfurt, Germany, via London, England, when it blew up.

Al-Megrahi is "a very sick man," but there is no way to tell how long he will live, according to the father of one of the people who died in the 1988 bombing.

Jim Swire, whose daughter Flora died in the terror attack, said earlier this month that he recently saw al-Megrahi in Libya.

Swire criticized U.S. senators who tried to hold hearings this summer into questions surrounding the release of al-Megrahi.

He said he had written to them to say it was more important to let Scottish legal proceedings run their course, because a review commission had found possible miscarriages of justice in the case.

"They didn't want to know about that," he said of the senators.

Swire, who said he does not think that al-Megrahi is guilty, defended the decision.

But after three months, mortality rates level off, and there is no way to predict how long cancer patients will live, said Swire, a retired general practitioner.

He did not ask al-Megrahi or his doctors about the Libyan's medical condition out of respect for his privacy, he said. But he said the fullness of his face suggested that he was on steroids to slow the cancer.

Al-Megrahi was appealing his conviction when he was freed on compassionate grounds in August 2009. He then dropped the appeal.

Swire said he thinks al-Megrahi feels guilty about having withdrawn his appeal, because it leaves him with no way to clear his name and no way for those -- like Swire -- who think he is innocent, to have the case reviewed.

Swire is in the minority among victims' families in thinking that al-Megrahi is innocent.

Democratic Sens. Robert Menendez and Frank Lautenberg noted that al-Megrahi was given three months to live when he was released, but is still alive.

Lautenberg said: "It is the families of those victims who deserve compassion, not this terrorist."