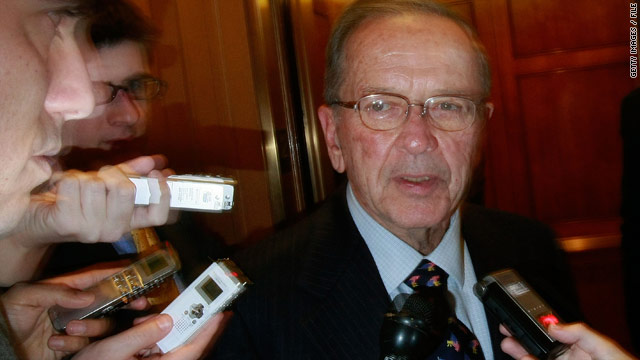 Friends and family attended the ceremony, including some of Stevens' former Senate colleagues during his 40-year career.

Stevens was the longest-serving Republican in U.S. Senate history.

He earned the nickname "Uncle Ted" and a reputation as one of the most effective of all pork-barrel lawmakers -- a senator who funneled billions of federal dollars to his home state.