2010 is year of GOP women candidates 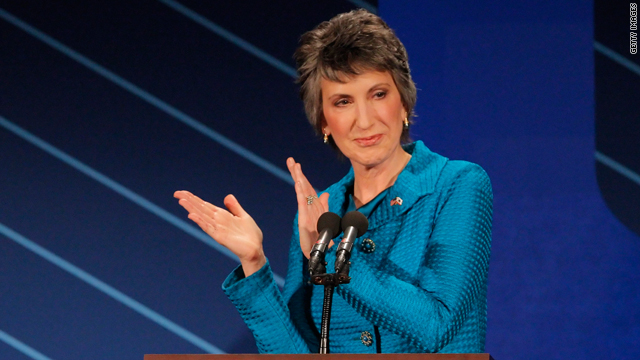 Washington (CNN) -- While 2010 might be the year of the Tea Party, a second storyline is the rise of Republican women candidates.

So why the increase this year?

"She opened the door and showed that women could pass the money test," Sanchez said.

Palin also appeals to a certain group for women -- pro-life, evangelicals, mothers and fiscal conservatives -- who have wanted to be a part of the system for a long time, Sanchez said.

"They're newcomers. They took advantage of many of these open seats, and they're evangelizing a lot of that base of folks who are concerned about the direction of government," she added.

Video: Women the new face of the GOP?
RELATED TOPICS

And being a newcomer helps. The 2010 election cycle has been one dominated by an anti-incumbent mood and a desire for fresh blood in Congress, polls show.

Kiki McClean, a Democratic strategist, said that the outsider role plays a part in the rise of GOP women candidates.

"It's an opportunity for people from the outside who haven't been part of the process," she said. "At the end of the day, people aren't going to bank on an outsider just for the sake of being an outsider. [But] they want an outsider with an answer."

McClean pointed to the competitive Senate race in California between Republican Carly Fiorina and longtime Democratic Sen. Barbara Boxer as "an opportunity for people to understand the role that women play in politics."

"If you kind of step back and look at what's happening in politics and with women in general in the work force, women are the majority of people coming out of med school, coming out of law school, the majority of Ph.Ds," said Patricia Murphy, Capitol Hill bureau chief for PoliticsDaily.com. "There's no reason women should be in a tiny minority in politics, 16 percent of Congress."

Sanchez said she is optimistic but there is still work to be done.

"It's exciting for us because on the Republican side, it is building that back bench of future leaders who could potentially be presidential candidates, move on to different things and it's really -- it's elevating the women who were behind them," she added. "We have a long way to go, but it's a very strong position to be in."

As the population of women in the country continues to grow, analysts say they expect to see more women candidates from a variety of backgrounds and backed by nontraditional groups, such as the Tea Party movement.

The woman candidate getting the most attention now is Christine O'Donnell, who recently clinched the Republican nomination for U.S. Senate in Delaware. She defeated establishment-backed candidate Mike Castle, a popular Republican in the state. She was supported by several Tea Party groups and was endorsed by Palin, among others.

But O'Donnell's past -- including one where she admitted to "dabbling into witchcraft" -- and allegations of misusing campaign funds are taking over the headlines rather than her stance on the issues.

Murphy said that while O'Donnell needs to own up to her controversial comments, women candidates on the national stage sometimes get a raw deal compared with their male counterparts.

"There certainly is still quite a bit of sexism in the way that women are covered by the media, I think, and the way that sometimes male candidates run against women," she said. "But then there can also be a backlash against those men if they run too hard against these women. And I think Christine O'Donnell may be an example of that."

Murphy added that the way Republican men attacked O'Donnell after her win created "quite a bit of this momentum we're seeing for her right now."

One of those men is Karl Rove, a a senior adviser to former President George W. Bush. Rove, last Tuesday, said that O'Donnell had made some "nutty" statements prior to her victory and recently argued that she must explain her witchcraft comments.

"Women, I think, are more sympathetic to that and saying, 'Listen, men what are you so afraid of? Let her run on the issues,'" Murphy said.

Sanchez said much of the same thing happened to Nikki Haley, the Republican gubernatorial candidate in South Carolina, and Sharon Angle, the Republican taking on Sen. Harry Reid in Nevada.

"You see certainly a backlash when you get these surprise candidates," she said. "People can't understand where they come from. They're running their own regional campaigns."