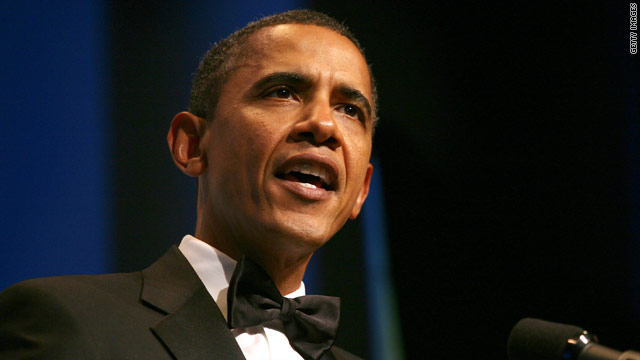 President Obama told members of the Congressional Black Caucus to rally their constituents and tell them that "the time for action is now."
STORY HIGHLIGHTS
RELATED TOPICS

(CNN) -- President Obama urged Congressional Black Caucus members to help rally their constituents and remind them that more work must be done to move the country forward.

The nation's first black president addressed the group at its annual awards gala on Saturday night. He touched on race issues and his win to office, saying it "wasn't just about electing a black president."

"It was about giving every hardworking American a chance to join a growing middle class," he said. "It was about putting the American dream within reach for all Americans, no matter who you are, what you look like, or where you come from."

Obama told lawmakers that he needed their help to invigorate others to act.

"I need everybody here to go back to your neighborhoods and your workplaces, to your churches and barbershops, and beauty shops," Obama said. "Tell them we have more work to do. Tell them we can't wait to organize. Tell them that the time for action is now."

Obama talked about his administration's accomplishments, including passing the health care and Wall Street reform bills, ending the combat mission in Iraq and bolstering U.S. operations in Afghanistan.

"When I took office, our economy was on the brink of collapse. So, we acted immediately and took some steps to stop our economic free-fall," he said. " And now, our economy is growing. We're adding private sector jobs, instead of losing them. We're in a different place than we were one year ago."

He said the end of the combat mission has brought nearly 100,000 troops home from Iraq.

"In Afghanistan, we're breaking the momentum of the Taliban and training Afghan forces so that, next summer, we can begin the transition to Afghan responsibility."

The president also took a swipe at Republicans, whom he referred to as the "other side."

"Of course, the other side has a plan too. It's a plan to turn back the clock on all the progress we've made."

He said the last election was a "changing of the guard -- now we need to guard the change," he said.

The Congressional Black Caucus is a nonprofit, nonpartisan group that serves African-Americans and other under-served communities.