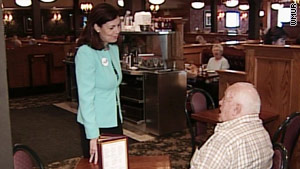 Ayotte, the favorite among establishment Republicans, held less than a 1,000-vote lead over Lamontagne, a Manchester attorney and the 1996 Republican nominee for governor, with 85 percent of precincts counted, AP reported. The difference is less than 1 percent of the vote.

The New Hampshire race didn't grab the national spotlight like the Republican Senate primary in Delaware -- where the more conservative challenger won -- but shared a similar storyline.

Ayotte stepped down from the attorney general's office to run for the Senate nomination after being encouraged to run for the open seat by national Republicans. For months, polls suggested that Ayotte was the frontrunner in the seven-candidate contest, which also included businessmen Bill Binnie and Jim Bender. But recent surveys in the Granite State indicated that Lamontagne had narrowed the gap with Ayotte.

But the biggest difference with the Delaware race was that Sarah Palin endorsed the more conservative Christine O'Donnell there. In New Hampshire, the former Alaska governor backed Ayotte.

In a robo-call, Palin called Ayotte a "Granite Grizzly" and added that "she's the true conservative running for the U.S. Senate in New Hampshire."

Palin's endorsement earlier this summer and Ayotte's support by many national Republicans may have backfired in fiercely independent New Hampshire. The moves drew repeated criticism from the Union Leader.