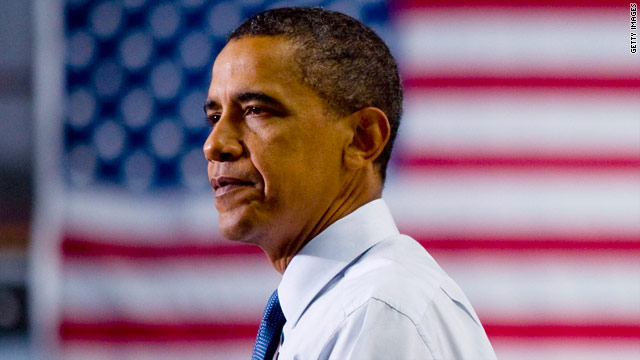 President Obama is under fire for what some are calling mixed messages on plans to build an Islamic center near ground zero.
STORY HIGHLIGHTS

Washington (CNN) -- President Obama's comments on a plan to build an Islamic center in the shadow of ground zero are not only giving opponents an opportunity to attack him but also reveal a messaging problem from the White House, a communications expert said.

"The danger here is an incoherent presidency," said David Morey, vice chairman of the Core Strategy Group, who provided communications advice to Obama's 2008 campaign. "Simpler is better, and rising above these issues and leading by controlling the dialogue is what the presidency is all about. So I think that's the job they have to do more effectively as they have in the past [in the campaign]."

Obama has faced a torrent of criticism for what was called mixed messages on the controversial plan. On Friday, Obama said Muslims "have the same right to practice their religion as anyone else in this country ... That includes the right to build a place of worship and a community center on private property in Lower Manhattan, in accordance with local laws and ordinances."

The following day, Obama told Ed Henry, CNN's senior White House correspondent, that he was "not commenting on the wisdom" of the project, just the broader principle that the government should treat "everyone equal, regardless" of religion. Then a White House spokesman clarified those comments.

"There is no question they are having messaging problems at the White House," Morey said. "They've lost control of the dialogue, and they've gotten pulled down by the extremes on the left and right. They've just not had a coherent set of themes."

Video: Islamic center on the move?

New York Times columnist Maureen Dowd wrote in a recent column that Obama's clarity and successful messaging during the campaign are gone. In place is a "incoherent president," who's "with the banks, he's against the banks. He's leaving Afghanistan, he's staying in Afghanistan. He strains at being a populist, but his head is in the clouds."

But Obama has the ability to sharpen his messaging skills by being less of a law professor and more of a communicator in chief, Morey said.

"Communicating as a law professor does not work as president. It's not worked," he said. "You're drawing fine distinctions and speaking in long enough paragraphs that they can be misconstrued and taken out of context and frankly, handed to your opposition to exploit. And that's clearly what's going on here [with the Islamic center/mosque comments]."

While many poked fun at former President George W. Bush for mispronouncing words and stumbling through sentences, observers note that he rarely had to backtrack on his answers because he employed a simple and direct messaging approach.

But it's not just Obama who is seemingly off-message. White House press secretary Robert Gibbs' recent criticism of the "professional left" in a newspaper article highlighted, some noted, a growing rift between the administration and the Democratic Party base.

The candid remarks show a frustration coming from not only the White House's top spokesman, but the president himself, said Julie Mason, White House correspondent for The Washington Examiner newspaper.

"It was rare for Robert [Gibbs] to go on the record about this, but part of the reason why this electrified the White House press corps so much is because Robert and Obama are so close, that when Robert does speak out of school, it's like you're getting the unvarnished opinion of the president," she said Sunday on CNN's "Reliable Sources." "So that's why we were all geeked up about it last week."

Gibbs' criticism of the left wing and Obama's recent comments on the mosque may have the potential for harming Democrats as the midterm election approaches.

"Whenever you have an explosive issue like this come to the forefront, it really spreads out wide and far," said Mark Preston, CNN senior political editor. "House Democrats are very frustrated by this. ... They are saying to themselves, 'Why did the president bring this up? All that he is doing to us right now is forcing us to have to weigh in on this very thorny issue.' "

Preston said that at a time when Democrats are trying to localize the midterm election by talking about the things they've done back home, Republicans are trying to nationalize the recent religious debate.

"They are trying to bring the president into the debate. ... It only helps Republicans to continue to talk about this issue," he said.