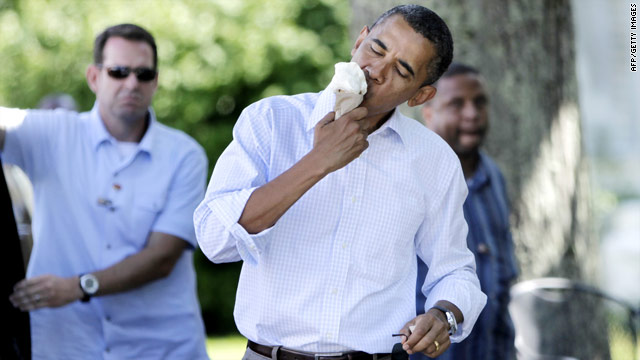 (CNN) -- President Obama and his family arrived Friday for a weekend getaway in Maine, but along with a little rest and relaxation comes criticism that the president is taking it easy with the Gulf of Mexico oil crisis in a critical phase.

The Obamas plan to spend the weekend on Mount Desert Island, home of Acadia National Park. The trip marks the president's third weekend vacation since the oil disaster began in April.

The Republican National Committee launched a website blasting what it considers Obama's "leisure activities or missteps" during the oil disaster, like playing golf, attending concerts and vacationing in Asheville, North Carolina; Chicago, Illinois; and now Maine.

The president is the president wherever he is.
--Paul Begala, former adviser to President Clinton