Congress returns, but where to begin? 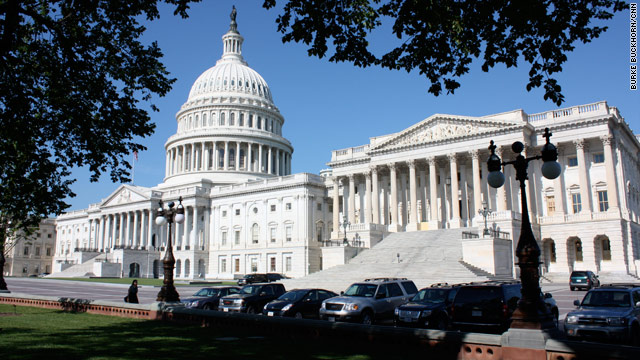 (CNN) -- Lawmakers return from a weeklong break on Monday with a full plate of unfinished business awaiting them.

There's a lot to tackle, but not a lot of time to do it. Congress is in session for four weeks before a monthlong recess. After that, members of Congress will turn their attention toward campaigning for the November midterm elections.

Here's a look at some of the items on Congress' to-do list:

President Obama wanted lawmakers to wrap up financial reform before they hit the road for the Fourth of July break, but the bill failed to make it out of the Senate.

The bill, which comes after more than 18 months of negotiation and debate, aims to strengthen consumer protection, shine a light on complex financial products and establish a new process for shutting down giant financial firms in trouble.

Senate Democrats need the support of some moderate Republicans to get the 60 votes needed to end any filibuster against the measure. The death of Sen. Robert Byrd, D-West Virginia, and opposition by Sen. Russ Feingold, D-Wisconsin, leaves the Democrats with a maximum of 57 votes toward passage.

By the time Congress returns to work, 2.1 million unemployed Americans will have lost their jobless benefits. That's because lawmakers failed to pass an extension before leaving town.

Lawmakers have been trying to pass a bill that would push the deadline until the end of November. But Senate Republicans have blocked the measure, saying they would support it only if it is paid for.

"The Republicans met that responsibility each time under President Bush, when he asked for extended unemployment insurance. They ought to do it now. Let's not play politics with this issue," Axelrod said on ABC's "This Week."

The House of Representatives approved a bill to extend the benefits just before lawmakers went home for the recess. Senate Democrats plan to take up the measure again after Byrd's replacement is named, which might happen as soon as this week.

CNNMoney: Congress is back; so is the spending debate

The tax cuts enacted during the Bush administration are set to expire at the end of the year unless Congress extends them. Obama had promised to make them permanent for the majority of Americans. But the reality of the federal budget's impending shortfalls is making that a hard promise to keep.

The jury is out on when Congress will take up formal legislation on the issue. Since the legislative agenda is so backlogged, especially in the Senate, a tax-cut extension bill might not come up for a vote until after the midterm elections.

Asked whether Congress should take the issue up before the November contests, White House press secretary Robert Gibbs said, "Look, I don't know what Congress' schedule is.

"I know what the president has in mind. And that is -- for middle-class Americans who have borne the brunt of this economic calamity, we're certainly not going to raise taxes on them," he said Sunday on NBC's "Meet the Press."

CNNMoney: Bush tax cuts up in the air

Comprehensive energy and climate change legislation is another item on Obama's wish list, but it faces an uphill battle in Congress. Obama met with a bipartisan group of senators to discuss the issue last month.

"There was agreement on the sense of urgency required to move forward with legislation, and the president is confident that we will be able to get something done this year," the White House said in a statement after the meeting.

The House has passed its own sweeping energy bill that includes a cap-and-trade system in which a price is set for greenhouse gas emissions such as carbon dioxide and polluters can obtain and trade credits for emissions over a set threshold.

The three leading Senate proposals include:

• The aggressive measure by Sens. John Kerry, D-Massachusetts, and Joe Lieberman, a Connecticut independent, that would cap carbon emissions and create a system for trading carbon credits.

• A scaled-down version of cap-and-trade that would directly refund revenues raised under the program back to consumers, being offered by Sens. Susan Collins, R-Maine, and Maria Cantwell, D-Washington.

• And a measure already approved by the Senate Energy and Natural Resources Committee that would mandate increases in alternative energy sources and open new areas of the Gulf of Mexico to oil and gas drilling.

The House narrowly passed a spending bill before recess that includes $37 billion to fund the war in Afghanistan. The Senate approved a version of the Pentagon spending bill, but it does not include the nonwar funding that's in the House bill, including $10 billion to help states avoid teacher layoffs and $1 billion for summer jobs.

Senate Republicans and some fiscally conservative Democrats oppose the nonwar spending, and it's unclear how the issue will be resolved.

The House passed a version of the small-business jobs bill, which includes tax breaks and loans for small businesses. The Senate is expected to move ahead with its version this week. This is one piece of legislation that could have strong bipartisan support.

The House passed a bill that would give the Food and Drug Administration more authority over the country's food supply, including more frequent inspections of processing plants and more resources and authority to trace outbreaks of E. coli and other illnesses.

The Senate could vote on its version of the bill before the August recess.

The House passed the Disclose Act, a bill that would require most independent groups that pay for campaign ads to disclose their donors.

The bill was pushed by House Democrats to respond to a Supreme Court ruling in January that struck down key provisions of campaign finance laws restricting spending by corporations, unions and independent groups.

Some Republicans complained the bill touted by Democrats as promoting transparency was written behind closed doors and would violate the right to free speech.

As House and Senate committees investigate the Gulf of Mexico oil disaster, a number of bills could come up for final congressional votes. One would remove the $75 million cap on an oil company's liability for spill damages. Another bill that has passed in the House would allow family members of workers killed on the BP rig to pursue noneconomic damages.

Despite Obama's renewed push, Congress hasn't done much to indicate immigration reform is a top priority. The president met with members of Congress before and after his speech on immigration at the beginning of July, and his position is that the bill can only pass with Republican help.

The Senate Judiciary Committee is expected to meet Tuesday to consider the nomination of Elena Kagan to the Supreme Court, though Republicans could invoke their right to delay the vote for a week.

Committee Democrats outnumber Republicans, so the panel is expected to send her nomination to the full Senate, and Kagan is expected to be confirmed before the August recess.