Can Tea Party win for real? 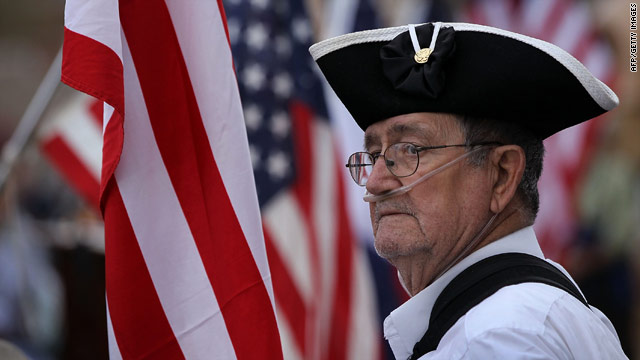 "I have a message, a message from the Tea Party," said Rand Paul, a political candidate who made headlines across the United States this week. "We have come to take our government back."

The Tea Party isn't really a "party," in the conventional sense. It's a loose movement of activists who draw their inspiration from the Boston Tea Party -- an 18th-century anti-taxation uprising that helped spark the American War of Independence.

So now the Tea Party is supporting candidates who are officially running for office as Republicans, to reorientate the party from the inside. This week Paul became the most prominent yet to win a Republican nomination, running for the U.S. Senate but still taking his cues from his insurgent allies.

"This Tea Party movement is a message to Washington that we're unhappy and that we want things done differently."

Paul wasn't the only anti-establishment candidate to do well this week. Americans nationwide are angry at their elected leaders and several states had a chance to choose both Republican and Democratic nominees for elected office. There were setbacks for well-known candidates in both parties.

"It was an anti-incumbency vote across the nation," said Bill Richardson, a Democratic Party governor. "If you ran against Washington, you did well."

With President Obama in the White House and his supporters in control of Congress, the Democrats are currently America's governing party. The Tea Party is unhappy with the government so the conflict with the Democrats is clear.

But Republicans aren't entirely sure where they stand. Some have embraced the newcomers, while others have politely pushed them away. The party's leaders refused to support Paul, at least in part because he doesn't really support them.

When the Tea Party argues that Washington politicians tax and spend far too much, it doesn't spare Republicans from the criticism.

So the next several months will force him and the Tea Party to answer a crucial question: The Tea Party can take hold among Republicans -- but can it actually win for real?