Obama to visit Ohio as part of 'Main Street' tour 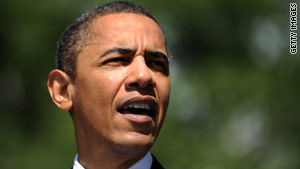 Youngstown is considered a "Rust Belt" city where steel manufacturing once thrived. But the city has long suffered from a declining economy and a shrinking population. The area has seen some success in recent years by creating high tech jobs.

In Youngstown, the president is expected to tour the Vallourec and Mannesmann (V&M) Star factory. The plant makes steel pipes for the oil and gas industry.

In February, it used economic stimulus funds to expand and create more than 300 jobs.

During his last stop in Buffalo, New York, on Thursday, Obama said that economic growth will continue next year, but he warned the nation will face hard choices as it tackles the federal deficit.

"We can say beyond a shadow of a doubt today we are headed in the right direction," he said at a town hall appearance. "Next year's going to be better than this year.