Crist to run for Senate as nonaligned candidate, source says 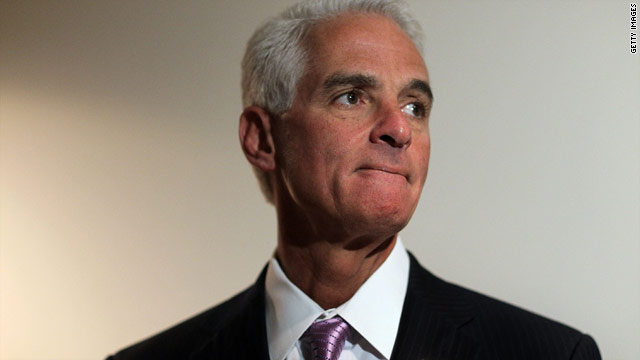 (CNN) -- Florida Gov. Charlie Crist has decided to run as a nonaligned candidate rather than compete for the Republican Party nomination in his bid for the Senate, a GOP fundraiser tells CNN.

The fundraiser, who spoke on the condition of anonymity, said that Crist has begun contacting financial supporters to tell them that he is running as a non-party affiliated candidate and to ask for their continued support.

Once the overwhelming favorite in the battle for the Republican Senate nomination, Crist is now trailing former Florida House Speaker Marco Rubio by more than 20 points, according to a Quinnipiac University poll released earlier this month.

But the survey offered hope Crist could win in November if he ran as an independent. In this scenario, Crist would have a slight edge over Rubio and a larger lead over Rep. Kendrick Meek, the likely Democratic nominee, in a three-way general election matchup.

Video: Crist to run as an Independent
RELATED TOPICS

If Crist does decide to launch an independent bid, a source tells CNN that one of his main GOP consultants, Public Opinion Strategies, will leave the campaign.

Crist has signaled in recent weeks that he is pivoting away from Republican dogma and moving toward an independent bid.

On Tuesday, for instance, after doing a flyover of the growing oil spill in the Gulf of Mexico, he told reporters that he is backing off his support for offshore drilling.

Thursday's event in the voter-rich Tampa area -- which happens to be the state's biggest media market -- will take place in Straub Park in downtown St. Petersburg.