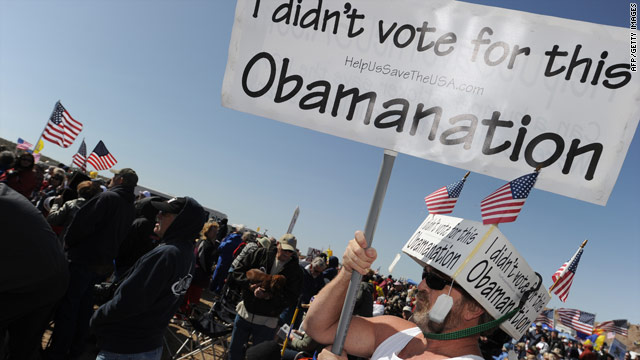 (CNN) -- President Obama is expected to sign the final health care legislation into law this week, but while the action wraps up on Capitol Hill, the heated debate over reform shows no sign of cooling down.

With lawmakers back in their districts for the spring work period, the conversation just moves to a different platform.

For Democrats, the two-week recess is an opportunity to highlight the immediate benefits of a law the public is not yet sold on. Democrats say the health care law provides all Americans with the opportunity to receive health care and prevents insurance companies from denying coverage to those who need it most.

For Republicans, it's a chance to rally support behind their efforts to repeal what they decry as a "takeover" of the health care system that will saddle future generations of Americans with debt.

What's the one thing you want to ask your representatives?

Republicans have made "repeal and replace" their battle cry, and Obama has said he welcomes the fight.

At an event in Iowa City, Iowa, last week, the president scoffed at the Republicans' strategy, saying, "My attitude is -- Go for it."

Minnesota Rep. Michele Bachmann last week introduced a bill to repeal the health care legislation, as did other Republican lawmakers.

But Tim Kaine, chairman of the Democratic National Committee, said he doesn't think efforts to knock down the legislation stand much chance.

"They may want to push forward on a repeal of health care, to tell small businesses you're not going to get tax credits to pay for insurance, to tell families you now can't keep children on your policy until [they]'re 26, to tell folks that you're now subject to these abuses of the insurance industry. I think they'd be unwise to do it. I think the American public will reject it," he told CBS.

Despite the opposing messages, both sides say the public supports them. Republicans say the public opposes the president's plan, but Democrats insist that people will eventually accept the plan now that it is finalized.

And so far, both sides have a point.

Most Americans disapprove of the health care reform law, but that does not translate into majority support for the "repeal and replace" strategy, according to a CNN/Opinion Research Corp. poll released Monday.

Meanwhile, polls from both CBS and Quinnipiac University suggest that there has been a slight uptick in approval of the legislation following the vote.

Another survey, a ABC/Washington Post poll released Sunday, indicated that the public's overall view of the health care plan has held steady, with 46 percent supporting it and 50 percent opposed. The percentage of people who said they strongly support the health care legislation, however, increased by 10 points since February, while the percentage who strongly opposed it stayed about the same.

"What I do next is, I'm trying to replace those who voted for this bill. I want to repeal it. And I want to replace it with some real reform that puts patients in charge of their health care again," he said.

Echoing DeMint, South Carolina Sen. Lindsey Graham said he was looking forward to an election in November "about whether this health care bill is a real fix or a phony political document trying to grow the government."

Calling the legislation a "giant Ponzi scheme," the Republican senator vowed that the fight "won't wind up just being in Washington."

Following a week of over-the-top rhetoric stemming from the health care vote, Sen. Barbara Mikulski, a Democrat from Maryland, cautioned that if lawmakers don't watch their own words, they'll hurt their credibility.

"If we don't take ourselves seriously and act in a serious way, we're not going to be taken seriously by the American people," Mikulski said.

"I have a suggestion. Let's go back to the three R's: respect, rules of engagement that promote decorum, and, No. 3 -- stop the rewards system that enables you to raise a lot of money after using outrageous and bizarre behavior," she added.