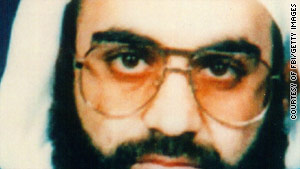 Washington (CNN) -- White House advisers are considering recommending alleged 9/11 mastermind Khalid Sheikh Mohammed be tried in a military court instead of a civilian one in New York City, a senior administration official told CNN on Friday.

"I am confident in the ability of our courts to provide these defendants a fair trial, just as they have for over 200 years," Holder said last month. "The alleged 9/11 conspirators will stand trial in our justice system before an impartial jury under long-established rules and procedures."

A firestorm of opposition erupted from both New York officials and top Republicans after Holder's announcement.

New York police have estimated the cost to the city would exceed $200 million per year in a trial that could last years. They have said, among other things, that they would need to install more than 2,000 checkpoints in Lower Manhattan.

Also, some congressional leaders have argued Mohammed should not be entitled to all the protections and privileges a defendant receives in civilian court. Last month, several lawmakers tied funding to close the detention facility in Guantanamo Bay, Cuba, to holding a military trial for Mohammed and other suspected terrorists.

To try Mohammed and others "as common criminals, giving them the constitutional rights of American citizens in our courts, is justice according to 'Alice in Wonderland,'" said Sen. Joe Lieberman, a Connecticut independent.

Holder said last month the Justice Department "will have to take into account" the views of other political leaders and residents. "At the end of the day, wherever this case is tried, in whatever forum, what we have to ensure is that it's done as transparently as possible and with adherence to all the rules."

Gibbs and senior presidential adviser David Axelrod have said previously that President Obama believes the trial should take place in a criminal court instead of before a military tribunal.

The senior administration official emphasized that no final recommendation has been given to the president and therefore no final decision regarding the 9/11 terror trial has been made.

The official said administration advisers hope a decision will be made before the president leaves for an overseas trip on March 18.

"If this stunning reversal comes to pass, President Obama will deal a death blow to his own Justice Department, not to mention American values," said Anthony Romero, executive director of the American Civil Liberties Union.

"If the president flip-flops and retreats to the Bush military commissions, he will betray his campaign promise to restore the rule of law, demonstrate that his principles are up for grabs and lose all credibility with Americans who care about justice and the rule of law."