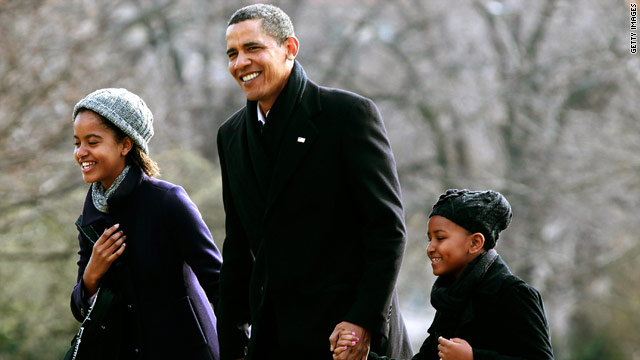 (CNN) -- President Obama enters 2010 facing many of the problems he vowed to confront during his first year, along with a handful of new responsibilities.

The president returned Monday from a Hawaiian vacation intended to provide some down time, but with the Christmas Day terror incident, there was little time for rest and relaxation. While on vacation, he tacked on an overhaul of the intelligence community to his already-full agenda.

Obama met Monday with Deputy National Security Advisor John Brennan. He also scheduled a Tuesday meeting with his national security team to discuss how to plug holes in aviation security.

Republicans have blasted the administration's handling of the failed attack, with former Vice President Dick Cheney accusing the president of pretending the nation is not at war.

Brennan, who advises the president on counterterrorism issues, all but called Cheney a liar this weekend.

Video: Too much on Obama's plate?

"Either the vice president is willfully mischaracterizing this president's position, both in terms of language he uses and the actions he's taken, or he's ignorant of the facts," he said Sunday on NBC's "Meet the Press."

But there are troubling new questions for the administration, such as the president's plan to close the detention facility at Guantanamo Bay, Cuba. That plan includes sending some detainees back to Yemen, a place that's become a haven for former Gitmo prisoners.

The White House believes it was in Yemen that terrorists plotted with Umar Farouk AbdulMutallab to blow up an airliner on Christmas Day.

Republican Sen. Jim DeMint said he worries the country is losing its focus on security.

"[Obama's] been completely distracted by other things ... and he is not focused on building security and intelligence apparatus of our country," the South Carolina senator said on CNN's "State of the Union."

The Bush administration made a "huge mistake" by sending Yemenis from Guantanamo back, DeMint said. "We can't make that mistake again. So it's not just about this administration. It's about losing our focus on security. And I'm afraid politics and political correctness has become front and center of this debate."

Democratic Sen. Claire McCaskill disagreed with DeMint, saying she thinks Obama has "focused like a laser on how to keep this country safe." The Missouri senator pointed to Obama's commitment to Afghanistan as evidence he is "building up our intelligence community, not diminishing it."

Former 9/11 Commission chairman Thomas Kean said on CNN's "State of the Union" that domestic concerns like the economy and health care have been a distraction from the threat of terrorism.

"They weren't giving this enough attention," Kean said. "It's understandable, it's not acceptable."

But Kean said he now thinks that the threat has the administration's attention: "The president now is saying the right things, and I believe he'll do the right thing."

Despite the criticism, the White House insists it wants to finish the job in the war against al Qaeda.

As Obama juggles his other priorities, such as health care, economic reform and the wars in Iraq and Afghanistan, Sen. Daniel Inouye, a close ally, says he's trying to do too much.

"I think he has done exceedingly well, although as one who has been there for 50 years now, he is pushing himself too hard," said Inouye, D-Hawaii.

Inouye, who's served in the Senate with 10 presidents, said he reminded Obama months ago that the campaign is over.

In some ways, the first year resembled a campaign, with the president barnstorming the country to sell the largest economic recovery and health care plans in history.

Last April, Obama acknowledged the weight of the tasks before him.

"I'd love if these problems were coming at us one at a time instead of five or six at a time. It's more than most Congresses and most presidents have to deal with in a lifetime. But we have been called to govern in extraordinary times," he said.

The president entered office with widespread approval, and while his ratings have dropped, there's something to be said for striking while the iron is hot.

"He came in with sky-high approval ratings, and if he was going to get anything done, it was going to happen this year," said Mark Preston, CNN's political editor.

Inouye said 2010 will be about resetting priorities.

"The second year will be one where the first year will have to be clarified," he said.