The lesson of September 12 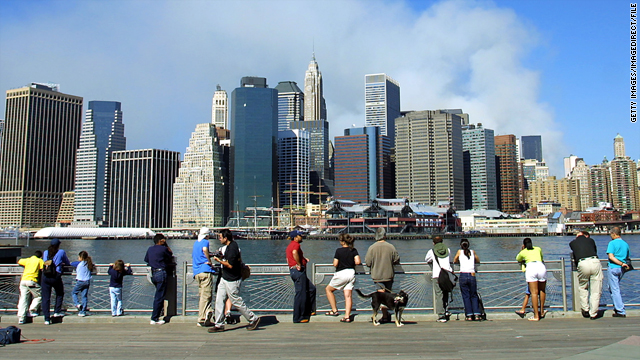 Editor's note: CNN Contributor Bob Greene is a bestselling author whose books include "Late Edition: A Love Story" and "Duty: A Father, His Son, and the Man Who Won the War."

(CNN) -- September 12 is always the day that reminds us that the war may never end.

September 11, each year, is the day for somber commemoration and prayers for those who were lost. September 11 is the date that lives in history.

But as each September 12 dawns -- this year on Sunday -- we realize anew that the uncertain slog continues, that the year ahead will be one in which unseen and hazily defined enemies continue to wish ill on a United States that, in 2001, dedicated itself to a war on terror.

Most wars eventually come to a close.

This one, by its very nature, will not.

One evening in the weeks after September 11, 2001, I was having dinner with John Glenn. There is no American who has had the life that Glenn has: a World War II Marine fighter pilot who flew 59 combat missions, and who then returned to the skies in the Korean War to fly 90 more; the first American astronaut to orbit the Earth and the greatest national hero of his era; a United States senator for 24 years; at age 77 the oldest man ever to leave the Earth's bounds as he returned to space aboard the shuttle Discovery.

In the aftermath of the September 11 attacks, with an injured and angry country hungry for retaliation and victory, Glenn, who had turned 80, was realizing something before most people did.

"All the other wars we had," he said, "the object was to win the battlefield. Use tanks, use planes, take their capital, and declare victory. War's over.

"But this. . .this is like the wind. This is like fighting the wind. . . .You can hit them, but they'll pop up somewhere else. This doesn't seem to be the kind of war where you can look forward to them signing a surrender on the battleship Missouri."

He was referring to the end of World War II. America's involvement in that war began on December 7, 1941, and ended less than four years later on the September day in 1945 when Japan signed its surrender aboard the Missouri in Tokyo Bay. By the ninth anniversary of the beginning of World War II, the victory had long since been won; the surviving soldiers were home and raising families; the terrible times were all past tense.

Nine years after the war on terror began, though, there is no end in sight, and even if there was, who exactly could sign a surrender? In the first days of the war on terror, then-U.S. Secretary of Defense Donald Rumsfeld, perhaps inadvertently, put his finger on it. Speaking to reporters, he said:

"I've therefore characterized this conflict, this campaign, this so-called war, as being notably different from others."

This so-called war. Nine years ago the country went into what we were told was wartime footing. But unless you were a member of a family with a son or daughter, a father or mother, a brother or sister serving in the military, here at home it wasn't always easy to figure out precisely what that entailed.

Curbside baggage check-in was done away with because federal officials believed it provided an opportunity for terrorists; that decision, too, was soon reversed as the airlines complained that it was hurting their business. The nation seemed uncertain of the appropriate rules in this new kind of war. It is largely forgotten now, but there were serious suggestions that salad bars be shut down because they were convenient targets for terrorists wanting to poison the citizenry.

For a while a phrase from World War II -- "for the duration" -- re-entered the language, but that, too, soon disappeared when it became evident that the duration would most likely have no endpoint.

Life went on even as the war went on. Last week, a CNN/Opinion Research Corp. survey reported that 67 percent of Americans now believe that it is unlikely that the United States will ever capture or kill Osama bin Laden. The subject of his capture, once a part of daily civilian conversations, seems to have been increasingly pushed aside.

And so as another September 12 arrives we enter the tenth year of a war like no other. Few among us would be optimistic enough -- or foolish enough -- to declare that placid times are just around the corner on this planet we all share.

The anger in the world, especially during weeks like the one just past, does not feel as if it has cooled. When the rhetorical heat becomes especially fervid, I think of something else that John Glenn told me during that dinner.

He was remembering the day in 1962 when he had looked out the window of a capsule hurtling through blackness and took in a sight that no American eyes had ever seen: the Earth, from the vantage point of space orbit.

He recalled his thoughts with a combination of wonder and sadness.