What is the state of Indonesia's fight against terror?

By Sidney Jones, Special to CNN 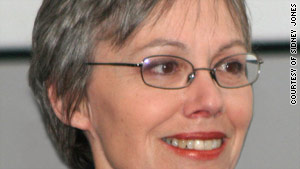 Editor's Note: Sidney Jones is senior adviser to the Asia program of the International Crisis Group.Before joining Crisis Group in 2002, she worked for the Ford Foundation in Jakarta and New York (1977-84); Amnesty International in London as the Indonesia-Philippines researcher (1985-88); and Human Rights Watch in New York as the Asia director (1989-2001). Her areas of expertise include Islamic movements; sources of communal and ethnic conflict; and terrorism in Southeast Asia.

Jakarta, Indonesia (CNN) -- The arrest on Monday of Abu Bakar Ba'asyir, Indonesia's best-known radical cleric, shows the commitment of Indonesian police to fighting terrorism. Their efforts on this front stand in sharp contrast to their lack of interest in fighting corruption, ultimately the greater threat to Indonesian democracy.

In general, terrorists have no significant support in Indonesia, and every attack has generated widespread outrage. Ba'asyir is in a slightly different category.

While his support has declined over the past several years, he is a celebrity figure on the extremist lecture circuit and he has become a symbol for many Islamic groups of defiance of the West, in part because of the pressure exerted to have him arrested after the 2002 Bali bombings in which more than 200 people died.

At the time, he was head of Jemaah Islamiyah (JI), the group responsible for the attack, although it was never conclusively proven that he ordered or even endorsed it. He was arrested and tried twice, for different crimes linked to Bali, but prosecutors could never make the most serious charges stick.

Read about the arrest of Ba'asyir

This third arrest will have little impact on the overall security situation in Indonesia. Extremist groups have been steadily evolving in new and complex ways: JI no longer supports attacks in Indonesia, and Ba'asyir's relations with its leaders are strained. He is no longer the most important figure in the Indonesian jihadi movement nor even its most influential ideologue.

But Ba'asyir's arrest does point to one very big issue for the Indonesian government -- how will it handle this man's detention?

One of Indonesia's great achievements has been to ensure that terrorism remains a law enforcement issue to be handled by the police, not the military. The government decided early on that it would not engage in widespread preventive detention or closed trials; the media coverage of more than 250 trials to date has been a major factor in convincing the Indonesian public that its terrorists are homegrown.

But a close to 100 percent conviction rate among the hundreds arrested has produced a new problem -- radical prisoners and ex-prisoners. Taking advantage of a notoriously lax corrections system, extremists frequently have taken over prison preaching, maintained contact with friends outside, recruited ordinary criminals and even planned operations. A police program to offer economic incentives to prisoners in exchange for cooperation has had limited success, but the hardcore jihadis generally do not take part.

The friendship that grew up between Ba'asyir and a young man named Ubeid, while both were detained in Jakarta's laughably-designated "maximum security" prison, led to Ubeid's joining the organization Ba'asyir founded in 2008 -- Jamaah Ansharut Tauhid (JAT).

Ubeid helped build an alliance of Indonesian jihadi groups that planned to wage jihad to establish an Islamic state. The training camp they set up in the jungles of Aceh, on the island of Sumatra, was broken up by police in February 2010.

Ba'asyir is now accused of funding the camp and agreeing to become head of the alliance -- which was called "Al-Qaeda in Aceh" -- and in which some 17 ex-prisoners were involved.

Police and other government officials need to ensure that Ba'asyir does not use his detention again to enhance his stature or recruit new followers. He must not be given access to the press or allowed to preach. The police must ensure that he has no access to recording equipment for lectures that can be then broadcast over the internet, and visits with his friends and family should be monitored to ensure that he is not allowed to dictate messages to his followers.

Terrorism in Indonesia is not easily eradicated, but there is no indication that violent extremism is growing. The widespread fears that Indonesia could become the "second front" after South Asia have not materialized, in part because the local drivers for jihad have largely disappeared.

Terrorism usually emerges in response to war or occupation by a foreign power, repression by an autocratic government, alienation of a Muslim minority or hostile neighbors bent on making trouble. None of the above apply in Indonesia, and the communal conflicts between Christians and Muslims that produced thousands of recruits in 1999-2001 have long been settled.

Even when a splinter group of JI made a major bomb attack an almost annual event -- the Marriott Hotel in 2003, the Australian embassy in 2004, the second Bali bombs in 2005, an aborted attack on a tourist cafe in West Sumatra in 2007 and two luxury hotels in Jakarta in 2009 -- Indonesian stability was never at stake.

The Indonesian police unit responsible for counter-terrorism has won well-deserved praise, but it operates within a larger police force that is probably the most reviled institution in the country --for failing to treat endemic corruption in its own ranks.

After a local news magazine recently wrote a story about "fat bank accounts" of senior officers, the magazine's office was firebombed and a researcher investigating the accounts was badly injured in a machete attack. The effort to combat terrorism will only work when members of the public trust the police enough to report suspicious activities.

As long as senior officers enrich themselves at public expense and use thugs to stop investigations, it is not just counter-terrorism -- but the rule of law -- that will suffer.

The opinions expressed in this commentary are solely those of Sidney Jones.