Why Russia and the U.S. still spy

By Peter Earnest, Special to CNN 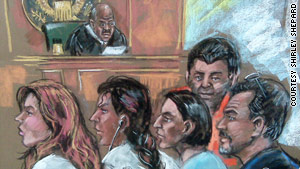 Federal prosecutors have charged 11 people with being part of a Russian spy ring in the U.S.

Editor's note: Peter Earnest is the founding executive director of the International Spy Museum and a 35-year veteran of the Central Intelligence Agency.

Washington (CNN) -- The arrests of 11 people accused of being part of an espionage ring under deep cover for Russia shocked their neighbors in the suburbs. Presumably it was also news to President Obama, coming as it did right after Russian President Dmitry Medvedev's departure.

What should not be a surprise to any of us, however, is that Russia continues to spy on the United States.

Espionage is a fact of international life and always has been. The first spy manual, The Art of War, was written by Sun Tzu some 2,500 years ago. Espionage fills a vital niche; a successful operation can provide insight into intentions, plans, and human dynamics that cannot be gleaned from intercepted communications or pictures from space.

It is safe to assume that since the end of World War II there has never been a day that the Soviet Union or Russia was not spying on the United States, or vice versa. Espionage will continue, even as the United States and Russia work out a new modus vivendi.

Video: Inside an alleged spy ring

Presidents Obama and Medvedev may have recently "reset" the U.S.-Russian relationship, but that does not mean U.S. and Russian interests or perspectives are necessarily aligned. There remain significant issues of disagreement over European security.

The two countries have until recently been at loggerheads over Iran. After September 11, Russia reluctantly allowed the United States military to operate out of bases in Central Asia, which it views as its own backyard. The two countries belong to the G-8 and the G-20 -- venues not only for cooperation, but also for sparring. Russia also has great incentive to continue its historical efforts to ferret out America's economic secrets and steal its weapons technology.

Frankly, in a world in which even allies spy on one another, the Russian intelligence service would be shockingly incompetent if it were not spying on us.

Espionage operations tend to operate on long timelines, and the alleged Russian implanting of "illegals" in this country fits the pattern. Juan Jose Lazaro and Vicky Pelaez came to our shores more than 20 years ago; Richard and Cynthia Murphy reportedly came in the mid-1990s; Donald Heathfield and Tracey Lee Ann Foley in 1999; Michael Zottoli in 2001.

U.S.-Russian relations were very different when Moscow Center dispatched these officers. The Bosnian and Kosovo wars, NATO enlargement into Eastern Europe and Russian weapons sales to Iran were roiling the waters in the 1990s. Moscow seems to have calculated that with these agents in place, there was little reason to pull them out, even if relations with Washington were on the upswing.

What is surprising about this case is how many illegals were apparently operating together and how little they accomplished or were likely to accomplish. During the Cold War, the heyday of this technique, the KGB typically dispatched such agents singly or as couples. They were usually compartmented from one another, not in networks of 10 or more, since all of them would be vulnerable if there was a single security slip-up. The Soviets also used illegals mainly for assignments too difficult for KGB officers working under "official cover" as diplomats or attachés.

It's not clear what, if anything, these new accused illegals were able to do to steal sensitive information or even help other agents. Maybe the FBI will reveal more on that, but at the moment, this operation looks like a waste of effort on Moscow's part, indeed an embarrassment to its intelligence service.

Will this spy flap seriously damage U.S.-Russian relations? The early signs are that it will not. Russian Prime Minister Vladimir Putin, himself a former KGB officer, has said that he hopes the incident will not damage the improving relations between the two countries. The State Department said it intends to focus on other things.

The United States, of course, cannot be expected to like the fact that Russia spies on us, and is briefly entitled to a modest amount of indignation.

The opinions expressed in this commentary are solely those of Peter Earnest.