Just saying 'no' won't win it for GOP 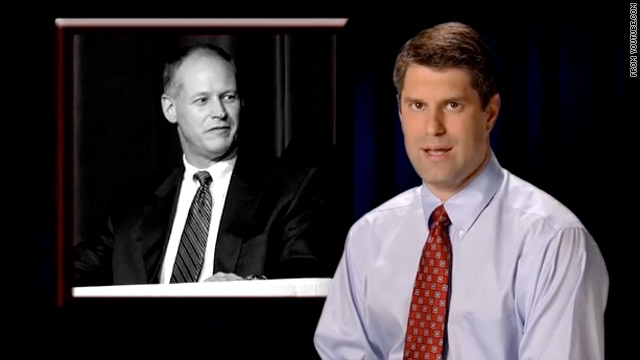 Editor's note: David Frum writes a weekly column for CNN.com. A special assistant to President Bush in 2001-02, he is the author of six books, including "Comeback: Conservatism That Can Win Again" and is the editor of FrumForum

Washington (CNN) -- To understand the shape of the impending 2010 congressional elections, compare these two campaign ads from the recent special election in the 12th district of Pennsylvania. First, Republican Tim Burns:

Message: Send a protest message to Washington. Notice that the word "no" is spoken or viewed five times in 30 seconds. No cap and trade. No health care deal. No more taxes and spending.

I don't want to make too much of Mark Critz's victory in Pennsylvania. It's a historically Democratic district, heavily unionized. It voted for Clinton in 1992 and 1996, Gore in 2000 and John Kerry in 2004.

On the other hand, I don't want to make too little of the victory either. If pro-Democratic, the district is not pro-Obama. It's a district that mines coal for a living and hunts for fun, overwhelmingly white and socially conservative. John McCain carried the district in the 2008 presidential vote. In a strong Republican year like 2010, Burns, an effective candidate with deep personal roots in the district should have run strong here.

Instead Critz won handily, by a margin of more than 7 points.

Here is something for Republicans to consider:

Normally, challengers do not bother to develop much of a positive message in a recession year. "Things are awful -- they're in charge -- vote for us" usually does the job.

But here's the problem that Burns encountered:

In a historically Democratic district like PA-12, the kind of district that Republicans have to gain, the absence of a positive message leaves a door open to negative attacks.

Critz accused Burns of wishing to "privatize" Medicare and Social Security and "outsource" Pennsylvania jobs. Not true, said FactCheck.org. But politics abhors a vacuum, and with Burns refraining from specifying any agenda for himself, Critz specified his agenda for him.

Critz got away with it in large part because angry memories of George W. Bush and the congressional Republicans remain fresh. That represents a big difference between 2010 and 1994.

Little as they like Obama and the Democrats, the voters in PA-12 have not yet forgiven the Bush Republicans.

Only 28 percent of voters in the district told pollsters that Bush and the Republicans did a good job running the country in the 2000s; 63 percent said they did not.

What this suggests is that a positive agenda may be more necessary than usual this year, if only as a way to inoculate Republicans against Democratic attacks on an anti-Medicare, anti-Social Security secret agenda.

Here may be the inner weakness of the Tea Party faction's contribution to the GOP: It has enticed many Republicans into endorsing ultra-libertarian ideas not heard from a national party since the Barry Goldwater campaign of 1964.

Leave aside Rand Paul as an outlier.

How many Republicans from Karl Rove on down have praised Rep. Paul Ryan's budget as an example of forward-looking Republican thinking? And that budget is built on radical cuts in Medicare benefits for everyone younger than 55. Americans do not know that today.

But they will by November - unless Republicans act early and decisively to give them something else to talk about: an agenda to vote for, not just against; some "yes" to go with all that "no."