What Tiger Woods should say

By John Kador, Special to CNN 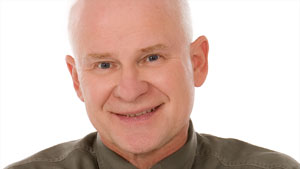 Editor's note: John Kador is the author of Effective Apology: Mending Fences, Building Bridges and Restoring Trust (Berrett-Koehler). His blog is at http://www.effectiveapology.com//

Winfield, Pennsylvania (CNN) -- Tiger Woods announced he will make a statement Friday, ending three months of self-imposed silence after a scandal in which he admitted infidelities and stepped away from golf.

I assume he intends to take responsibility for his conduct, apologize and announce steps to redeem himself. If so, it's a good decision.

And yet, without a word being said, I fear Tiger Woods still doesn't get the meaning of accountability and effective apology. A carefully controlled statement to a carefully controlled audience that is not allowed to ask questions underscores the pretense that Woods can continue to control the situation.

Control is big with Tiger Woods. It was a big part of his brand before his brand collapsed. The illusion that Tiger Woods could control his life as totally as he could control a golf ball is the tragic flaw that led him to take the risks that sent his life spinning out of control. Tiger Woods means to have the last word, but he can't. Effective apology means giving up control of the conversation -- giving up the need to have the last word.

What should Tiger Woods actually say? Before crafting his statement, here are some questions I recommend that Woods ask himself:

• What conduct, specifically, am I apologizing for?

• Who and what constituencies, specifically, have I offended by my conduct?

• Am I ready to apologize without excuses or defensiveness?

• What am I prepared to do to demonstrate my contrition?

• What restitution am I prepared to pay?

• Can I confidently promise not to repeat the offending behavior.

• What have I learned about myself?

There have been many high-profile public apologies in recent years. But a very good model is the apology that Olympic runner Marion Jones delivered in October, 2007, before she was sentenced for perjury. In her case, of course, unlike Tiger, she broke the law. Still. I suggest he study that one. If he does, his apology might very well come out sounding like this:

"I am filled with shame and regret to stand here before you and acknowledge that I have violated my own values, betrayed the people I most love and respect, and lied to people that looked up to me. I have been dishonest and you have a right to be angry with me.

"For the past several years, before and after my marriage, I engaged in conduct that was fundamentally wrong and hurtful. In violation of all that I hold dear, I have nevertheless used a number of women for my own satisfaction. In the pursuit of these relationships, I lied to my wife, family, and friends. I lied to the women, who deserved better from me, I lied to my sponsors, fellow golfers, the public, and I lied to myself.

"I persuaded myself that the normal rules did not apply to me. I acted with a lack of integrity.

"I acknowledge that my private failings are also a legitimate matter of public interest. By my own choice, I am a public figure. I have offered myself as a model athlete and have enjoyed the privileges that come with being accepted as such.

At this point, Woods would do well to briefly outline a plan of action that would include ending all inappropriate relationships, self-assessment with the help of a counselor, and reaffirming his commitment to fidelity in his marriage.

Then he would conclude:

"The path to recovery is slow and requires my total concentration. I intend to use my time to understand myself better, to make amends as much as it is possible for me to do so, and to prove myself someday to be worthy of your respect again.

"Thank you for your attention. And now I am ready to take your questions."