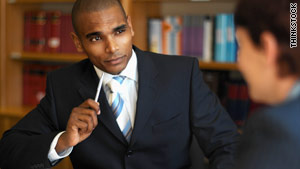 (CareerBuilder.com) -- Since the start of the recession in December 2007, the United States has lost 8.4 million jobs. Yet, employers are finally feeling a renewed sense of hiring optimism, according to a new survey from CareerBuilder and USA TODAY.

For the third consecutive quarter, more hiring managers and human resource professionals are projecting they will increase headcount in the next three months while fewer are expecting staff cuts. The nationwide survey of more than 2,700 professionals was conducted by Harris Interactive.

Both the survey and hiring activity are signs of employers' confidence in the healing economy and that they are ready to reincorporate growth strategies. The rise in online job listings and resurgence in temporary hiring are strong leading indicators of a stabilizing market and the creation of more permanent jobs down the road. On CareerBuilder.com, for example, job listings in 2010 have increased both consecutively and year over year.

While the job market recovery will take some time as employers face new market realities and weigh staffing needs, this is a positive sign for job seekers. In addition, it is also welcome news to workers who have been strained by heavier workloads and longer hours caused by their employers' staffing reductions.

Over the next three months, 23 percent of employers plan to add full-time, permanent headcount while 8 percent plan to downsize staffs. The majority (64 percent) anticipate no change in staffing while 6 percent are undecided.

Here are six trends hiring managers and human resource professionals said they foresee regarding staffing in the second quarter of 2010:

1. Hiring contract workers -- Be open to job listings that indicate "contract" or "freelance" work. Still cautious of hiring of permanent staff, 25 percent of employers expect to employ contract workers or freelancers in the second quarter to help fill productivity gaps. Thirteen percent said they are likely to hire these workers on a permanent basis.

2. Offering internships -- No matter your age, consider applying for an internship for the experience and exposure. Employers are upping their number of interns to cost-effectively add resources in the interim. Nearly one-quarter of employers said that they will be hiring interns at their location in the second quarter.

3. Hiring for social media -- Market your social media savvy. As social media rapidly gains popularity among consumers and businesses, employers are taking notice and plan to add jobs and responsibilities related to Web 2.0.

Nearly one-in-ten employers plan to hire a new employee in the second quarter to focus on social media. An additional 13 percent plan to add social media management to a current employee's responsibilities.

4. Adding bilingual staff -- In order to appeal to broader consumer segments in the United States who may not speak English or speak it as a native language, employers are looking diversify their personnel. One-third said they plan to hire bilingual candidates in the second quarter of 2010. Half said that if they had two equally qualified candidates, they would be more inclined to hire the bilingual candidate.

6. Holding on to talent -- If you are that exceptional employee, your employer may likely prove it. 32 percent of employers are concerned that some of their top employees may leave their organizations in the next few months as market conditions improve.