Rules for dating an older man

By Contessa Schexnayder, The Frisky 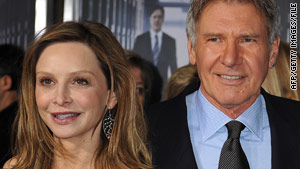 (The Frisky) -- Yes, there will always be something slightly appealing about young, wide-eyed struggling artists and beer pong-loving frat boys with hearts of gold.

But sometimes you want someone a little more settled and refined -- someone who prefers a suit to a backwards hat and The New York Times to Maxim.

Whether you have already snagged yourself a silver fox, or you are on the hunt for one, there are a couple of things you'll need to take into consideration. Like all relationships, this could be long or short-term, but it is always nice to know how to act or behave when dealing with the majestic creature known as the older man.

So focus on things in the here and now, which you are both experiencing as adults.

The Frisky: I slept with your husband -- here's why

Do not take on the role of the kid

He may be older, but this man is not your father -- it is not his job to take care of you. He should not be a substitute for any male adult figure that you are lacking in your life. If you are craving or missing that bond, make a session with a therapist. There is a good chance that your older man might have kids already, so don't be more needy than his 10-year-old.

The same goes for him -- if he is trying to keep you in some creepy child-like state, ditch him. You've come so far as a woman, do you really want to be bossed and controlled like a toddler?

Some older men date younger on occasion, when they meet a woman they find irresistible. Some do it all the time. If he's 45 and only dates girls under 25, that should be a red flag if you want something long term. After all, why hang around if he is only going to turn you in for a newer model?

And conversely, what if he's ready for kids now and you don't see that happening until years down the road?

Find out what he wants from the beginning. Is he looking for wedding bells or arm candy? It never hurts to ask -- that way you can make the decision to stick around.

Yes, this is a tired and cliché phrase, but it's also true. It goes for all relationships, but especially with an older man. See, older fellows are far less prone to playing games than their younger counterparts. They usually know who they are and what they want. They want to see the same in you. Know that you are beautiful, smart and amazing. Stand up tall and be the woman that made him take a second glance.

The Frisky: Curvy women are like a drug to men

Be yourself, just a slightly more mature version.

Hopefully, acting like you involves some sort of grown-up behavior. You shouldn't expect him to do shots with you on a Wednesday until 2 a.m. -- you have other friends on call for that. Here is where things get complicated. Some of the life experiences that you want, he has already had. Be understanding and considerate and he should do the same.