The new nightclub: your gym 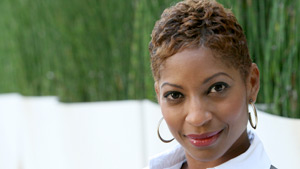 Some people use gyms as singles clubs, says Audrey Irvine, who doesn't want to be pestered while working out.
STORY HIGHLIGHTS
RELATED TOPICS

Atlanta, Georgia (CNN) -- As you get older, you realize nightclubs aren't your scene. You say you go to enjoy the music. But after a while it gets too hard to avoid the single scene drama of the club.

So, now I get my music on the iPod, but that familiar drama sadly has carried over to the gym.

I avoided gym membership for years. I did other things: boot camp, running and even belly dancing. All those activities tend to be pricey. So, in the spirit of saving money I recently joined a well-known franchised gym.

I had no idea that I was simply trading one club for another. I had just become a member of the "gym scene." I missed the memo. I had no idea how bad things have become at the gym.

Naïvely, I was under the impression that men and women came to the gym to work out. But there is an entire subculture and if you decide to be a part of it, it has all the familiarity of a seedy nightclub. This is where the old retired club-goers have ended up being the center of attention.

Instead of hanging out at the nightclub bar to check out the dating scene, people hang out at the smoothie bar.

I have witnessed men and women take at least 15 minutes to choose and order a smoothie.

There aren't that many flavors, but how else can you scope out who is coming into the gym and ogle the people working on the machines? Maybe if there are enough people milling around, you will get to say lines like, "So, you always get the strawberry banana with whey protein? We have something in common!"

I had a guy ask me while my smoothie was blending if I would ever consider dating someone who didn't work out regularly.

Remember when you went to the nightclub, there was that guy who asked you to dance ALL night, no matter how many times you said no? They are now the "lurkers" at the gym.

Ladies, always enter the gym with purpose. Because if you don't, you can fall prey to the lurkers. You know these guys: We're not exactly sure if they're here for cardio, weight training or maybe they work at the gym. They are the loudest people at the gym and tend to walk around the entire time they are there.

And guess what, they are always so helpful.

"Do you need help with that machine?" "Are you trying to get in that spin class?"

And my personal favorite, "Do you need help with those situps?" Really, how exactly does a stranger help you with a situp?

Lurkers look for any opportunity to start a conversation. My advice: Keep the headphones to your iPod on, even if the batteries are dead. That way you always seem focused and unavailable for conversation. The more dedicated you are to your workout, the more confused this makes the lurker.

Men aren't the only ones in the act when it comes to the comedy of the gym scene.

Some ladies think they are auditioning for "America's Next Top Model." They are perfectly coifed and their outfits are coordinated.

I'm convinced some of these women must have some sort of endorsement deal. The pink jog bra is perfectly coordinated with the stripe in the workout pants that is perfectly paired with sneakers and socks that also match.

I can barely get myself together in the morning for work, let alone find the time to coordinate workout gear. For these ladies, the catwalk is the distance between the locker rooms and the aerobics rooms, with an occasional twirl by the weight machines, where the men are all too happy to oblige with long stares and the occasional under the breath grunt as they saunter by.

I'm waiting for Tyra Banks and her judges to vote on each of these women, because they move through the gym as if they are awaiting some sort of prize.

So, tomorrow brings another day where I head to the gym. I suppose I could just strap on my running shoes and avoid this craziness.

However, on the running trail I would not see this soap opera play out. So, the next time you head to the gym, enjoy the comedy. But if you've left the iPod at home, beware, because there might just be a lurker outside the locker room ready to offer you a personal tour of the facilities.