3 easy resolutions guaranteed to make you money in 2011 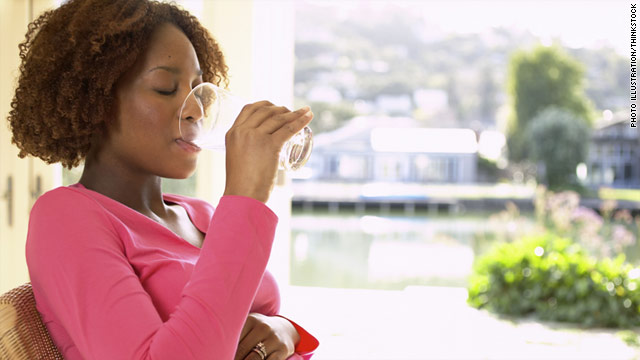 Drinking water instead of soda will save you about $1,100 per year and cut out 26,000 calories from your diet.
STORY HIGHLIGHTS
RELATED TOPICS

Editor's note: Christine Romans is the anchor of CNN's "Your $$$$$" and author of the new book "Smart is the New Rich."

(CNN) -- There's a reason why diet and money books get moved to the front of the bookstore come January first. We are full of good intentions with the promise of a new year.

But we are not full of discipline. Which is why the diet books and the money makeover how-tos will come out again next January.

They key to resolutions about your money is to make them attainable and to make them last all year, not just in the cold dark days of January.

Here are three no-brainers guaranteed to put money in your pocket next year, with minimum work on your part.

If you are a soda drinker, you can do more for your wallet and your waist with this one resolution than almost anything else. And better yet, it is an attainable goal, says Peter Moore, editor of Men's Health magazine and author of the "Lean Belly Prescription."

Consider this: Water is free, has zero calories and if you add ice, you will actually burn 500 calories a week or 26,000 calories a year just by switching from soda, he says.

Compare that with the average soda consumer, who spends $3 and sucks down 500 extra calories a day. That's an astounding 182,500 soda calories a year that vanish if your New Year's resolution is to switch to water. Switching from soda will save you $1,100 a year. How about pouring that in a 529 college savings plan instead of down your gullet?

The mammoth extension of the Bush-era tax cuts passed by Congress means every worker in America is getting a break on the payroll taxes taken out of every paycheck.

The smart possibilities are endless:

• Build up your cash cushion for emergencies.

• Open a 529 college savings plan for your kids or grandchildren.

• Put the savings into a low-cost exchange traded fund to grab some action in the stock market.

Do anything but piddle it away. You won't see it in one chunk on January 1, 2011, but make no mistake that it is real money.

You can do this right now. If you don't, you are leaving free money on the table. You can contribute $16,500 per year tax-deferred, $22,000 if you are older than 50. You should. Most companies are back to matching a percentage of what you are stashing away and if stocks have another good year next year, you'll regret being on the sidelines.

Many people are still smarting from the awful market crash of 2008, but many money managers say it is a mistake not to be buying stocks regularly through your 401(k). The so-called "smart money" has made money in stocks this year as they have recovered to near where they were when Lehman Brothers failed two years ago.

Ned Riley of Riley Asset Management believes Main Street investors can make money next year in stocks, too. (Riley recommends buying QQQQ, the ETF traded on the Nasdaq, for exposure to the Top 100 companies traded there, including tech and health care.)

Unfortunately, many families don't have the financial flexibility anymore to be maxing out the 401(k). In that case, go slow. Most retirement savings plans allow you to set up automatic increases. Step up the percentage you contribute by 1 percentage point each quarter in 2011.

You won't feel the change out of your paycheck most likely, but you'll be putting money away for the future and your employer will be kicking in free money.