Get the most from a fall-back job 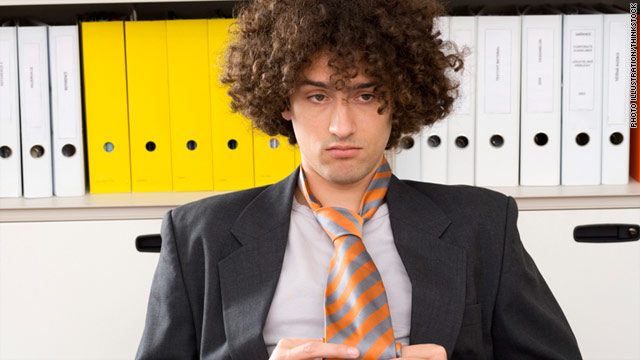 Find a connection between your current job and the one you want. You might identify an inroad to another area.
STORY HIGHLIGHTS
RELATED TOPICS

(CareerBuilder.com) -- Let's be honest: A fair share of unemployed workers are taking jobs that they don't necessarily want or find interesting. These workers aren't bad employees and they're not attempting to waste a company's time. They just don't want to be unemployed, and any paycheck is better than no paycheck when bills are piling up.

These fall-back jobs aren't necessarily what workers want to do for a long period of time. These workers are obviously qualified and capable of doing a good job in order to get hired in the first place, but they're not looking at the long term. They know it when they accept the offer.

But how should they approach their day-to-day work when they probably have one eye on the door from the start? Attempting to find any sense of fulfillment during this tenure could lead to frustration, but it could also lead to personal growth which could pay off in the long run.

Meh, it's just a job

When you accept a fall-back job, you know you're not signing up for your dream gig. It's a way to earn money and pass the time until you find a job you actually want.

In the interim you might be compelled to go on autopilot and fulfill your duties without looking beyond payday. Although you might never grow to love the job, you should let it make you feel better about yourself while you're there, says motivational leader and recruiter Wayne Weiner of Bella Business Solutions.

"It is not the job that defines the person, but what the person gets from the job," he says.

"I have had jobs that paid me over $200,000 a year and I have had jobs in which I was paid less than $20,000. I got the same satisfaction out of each job. Sure I could buy more and do more with more money, but the knowledge that I was relevant to my bosses and co-workers was the key to my satisfaction."

While that sentiment is not only positive but also a good way to impress a boss, it can be difficult for someone who isn't that concerned with their employer. Ideally all workers want to help their organizations achieve success, but many disheartened employees can't bring themselves to look past their lackluster job situation. That's when they should turn the focus on themselves, says Donna Lubrano of corporate sales and training for comedy theater Improv Asylum.

"My thinking is that each job is an opportunity to find or create a relationship that could move you forward -- directly or indirectly -- so you leverage your position," Lubrano says. "Start looking for opportunities and, believe me, they come by you all the time. The problem is that we are so focused on what we don't have, what we used to have, or what we lost. We don't see what is directly in front of us."

According to Lubrano, simply thinking about what you want can help you. You don't need a formal outline of your future; just play around with the possibilities.

"Look for elements that are fulfilling and elevate those to a higher status in your thinking. Identifying those elements -- focusing on them [via Twitter, Facebook or writing an article ] helps a lot as well."

And if you do have an on-the-job success that earns you accolades or makes you feel accomplished, use that to inspire you. It might lead to a realization that you are at a job that you could excel at.

What you can do

According to Lubrano, you can take a few steps to find some fulfillment in your fall-back job. And even if you can't find something to enjoy about it right now, it could lead to a better job down the road. Here are her suggestions for dealing with a fall-back job:

1. Learn as much as you can

"Look for ways to learn new skills that could help you, even though they are not in your field of choice," she says.

2. Find a connection between your current job and the one you want

"Look for [and] identify inroads to other areas that you do want to be in. They are out there. Don't overlook those small ones; those are the best. In this economy, [small inroads] are a lot easier to come by than the big ones," Lubrano advises.

CareerBuilder.com: What your pet says about your career

"Do a fantastic job at whatever position you have. That goes a long way: It impresses people," she says. "If you have a good work ethic in all things that you take on, it gets people's attention."

4. Remember that you never know who can help you out

"The person who appears to be the least important [or] unimpressive usually turns out to be the one that has a lot to offer, so keep your eyes open."

You might take this position as a fall-back job, but it could lead to something better than you expected. Approach your job and the people you meet with respect and you won't be wasting your time.