Websites: Buy nothing for holidays 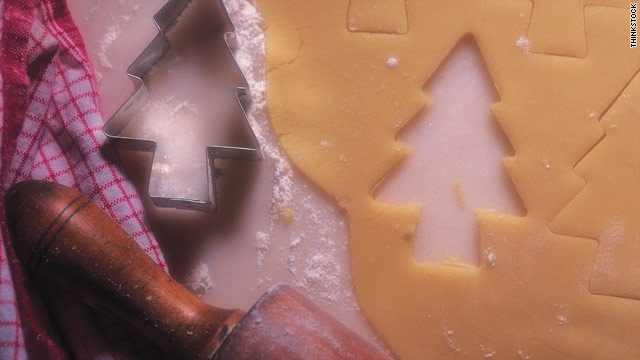 Some anti-consumer followers are making their own holiday gifts, like food.
STORY HIGHLIGHTS

(CNN) -- While millions may be running to the malls this holiday season, there are some people running away from the buying frenzy.

Several online movements have inspired thousands of people to attempt to spend little or no cash on holiday presents. Followers are avoiding shopping malls and opting to save their money, make their own presents or provide free services like baby-sitting or massages as gifts.

"The holiday season is about sharing time with loved ones, not going into debt," said Cat Ellis, a Facebook "Buy Nothing Christmas" follower. "It is entirely unnecessary to spend money in order to show others that you care."

In addition to the Facebook page that Ellis and some 1,700 people follow, websites called buynothingchristmas, buynothingday and revbilly are encouraging people to stop spending a lot of cash on gifts and reduce holiday consumerism.

Aiden Enns co-founded buynothingchristmas.org and said during the holidays, his site attracts up to 7,000 hits a day from people wanting to learn more about the movement.

"Our website challenges people to de-commercialize Christmas and connect in simpler ways, such as spending time with friends and loved ones and giving to less-privileged people," said Enns.

The retail sector helps generate one in five U.S. jobs and it is important to remember how critical this industry is to our weakened economy and to help support it.
--Scott Krugman, National Retail Federation

Kyle Denholm of Petoskey, Michigan, is among those who asked his family to attend a holiday event together instead of exchanging gifts last year. "It felt wonderful to create some special memories with people we love and we plan to do it again this year," said Denholm.

It's not just anti-consumerism fueling the cause.

While followers of the movement find various ways to support the cause, Scott Krugman, a spokesperson with the National Retail Federation, has a different take.

Krugman said he respects a person's right to celebrate the holidays as he or she chooses and does not want to make it a "we" versus "them" issue.

"However, the retail sector helps generate one in five U.S. jobs and it is important to remember how critical this industry is to our weakened economy and to help support it," Krugman said. "Some 95% of retailers are small, independent businesses."

"Some 500,000 retail positions will be created this holiday season in the U.S. and these jobs play a huge role in fueling our economy."

But for some people, like Ellis, supporting the U.S. retail sector is not an easy option. Her family was forced to change spending habits a couple of years ago. 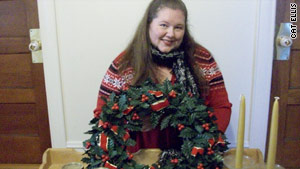 Cat Ellis is among those who won't buy holiday presents.

"After my husband lost his job in January of 2008 he was unemployed for almost two years before he found part-time work," said Ellis.

"I had my own business, which became our primary income. Unemployment benefits didn't cover much -- we didn't have a choice but to be hyper-responsible with money."

The anti-consumerism philosophy has kept the Ellises afloat financially. Ellis said they don't have to worry about credit card bills and she does not argue with her husband about money.

"I know some people are willing to run up the charge cards and spend tons of cash on the latest toys and games for children," Ellis said. "I can get 'new-to-my-kids' toys and give an even more important gift -- a family that is financially stable even in a failing economy."

Ellis said making gifts for the holidays and finding free or used items is easier than many might imagine. "Look at your talents and ask yourself -- can you cook or sew or do you have a special hobby to share? Is there something you can teach or could you clean someone's house?"

As a former massage therapist, she has used her skills to give free gift certificates. She also knits and gives away food she has grown, canned and baked.

Ellis' husband, Eddie, is a beekeeper and gives away honey, beeswax candles or honey wine (also known as mead).

"I've found people are far more impressed with the time and effort that went into a handmade gift than the perceived dollar amount spent on a retail gift."