Is an internship the new entry-level job? 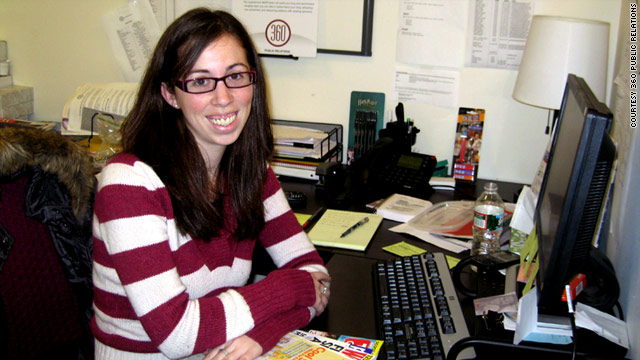 Now on her third co-op, Jennifer Gorden has tried to gain enough skills and experience to get a full-time job when she graduates.
STORY HIGHLIGHTS

(CNN) -- Ani Kevork has interned at seven companies since she graduated from the University of California at Los Angeles in 2009. She's trying to get a full-time job, but there's just nothing out there.

"It wasn't really a choice," she said. "It's just the reality of the job market today."

No. 7 proved lucky for Kevork in that her current internship at a film studio in London is paid, unlike her six previous internships. Still, she has no benefits, no job security and no idea where she'll be in a few weeks.

Kevork and two of her former classmates started a blog, The Eternal Intern, about the struggles of the current job market for other college grads with the same plights.

"I want to do what I studied, and I don't want to settle," she said. "I'm still applying for full-time positions, but I don't see that happening anytime soon for me."

Like Kevork, a growing number of college graduates are forced into internships after graduation because of the lack of entry-level jobs. For now, it's important to take those internships, said Phil Gardner, director of Michigan State University's Collegiate Employment Research Institute.

"You can't go home and sit and whine and wait for something to happen. This is one way to be proactive."

Full-time employment has dropped 9 percentage points among 18-to-29-year-olds since 2006, leaving only 41 percent of millennials with full-time jobs, according to "Millennials: A Portrait of Generation Next," a report released by Pew Research Center in February.

These statistics hit home for the 1.5 million students preparing to graduate with a bachelor's degree.

"Last spring, there was a lot of anxiety among a lot of the students," said Andrea Lipack, associate director of Employer Relations at Stony Brook University and organizer of the school's career fair.

"The companies that used to come for both (full-time and internship positions) dropped coming to campus for full-time hiring and only came to campus for interns." 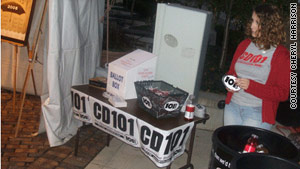 Pictured here during her first internship, it took Cheryl Harrison a year and a half to find a full-time job after graduation.

When the economy was good, Lipack said Stony Brook would see 150 companies coming to their career fairs. At the low point, only 80 or 90 companies were visiting campus.

With fewer jobs available and about the same amount of students graduating each year, the entry-level job market has gotten increasingly competitive. It's no longer enough to get a degree. Employers expect a certain skill set of those they consider for a job post-graduation.

"Evidence suggests that the internship now replaces the starting job as the place college students actually begin their journey into the workplace," Gardner wrote in a paper he intends to publish this month.

Students must make smart choices when selecting an internship, as their decisions will directly influence employment opportunities when they graduate, he said. It's the quality of your internships, not the quantity, that matter to a future employer.

But sometimes it's both.

Claire Brooks, an New York University senior now on her ninth internship, has taken very calculated career moves since her sophomore year in high school. She wants to be an independent producer and said she heard stories about kids dropping out of school and moving to Los Angeles to pursue their dreams.

She did the next best thing that her parents would allow during the summer between her sophomore and junior years of high school.

"I knew early on that I wanted to be a producer," she said. "When I got my first internship, it was just to figure out what working was and what being a producer meant."

The next summer, Brooks took a marketing internship at HBO. Since, she's interned in public relations, magazines, corporate communications and now again at HBO. It's her third time interning with the company.

"It was a very roundabout way to get to the same place, but I think it was really important," Brooks said. "Maybe if somebody looked at my experience, they would say, 'Oh my God, why did she do this to herself?' But I really see the connections to everything I do."

Like Brooks, Northeastern University senior Jennifer Gorden is doing all she can to ensure a job after she graduates.

Northeastern combines a five-year plan with a strong co-op program, where students take time off from classes to work full-time for a company, something that Gorden has done three times, supplementing her three internships.

"I now have a much better idea of what I like and what I don't like," Gorden said.

She hopes that her abundant experience will prevent her from having to get another internship after she graduates.

"I do believe that the harder you work, the more that will come to you," Gorden said. "I'm confident that the future is bright for me ... that I worked hard enough to get somewhere, and I don't want to settle."

Similarly, Brooks' nine internships have instilled her with the confidence to enter the work force. She plans to utilize the spring for producing two films at the Tisch School of the Arts at NYU and applying for jobs. This will be her first semester of college as simply a student -- not an intern.

"I don't really want to take another internship," Brooks said. "I feel like I've done so many of them, and I do feel very ready for an entry-level position or beyond."

For recent and soon-to-be grads, there is a light at the end of the tunnel: Hiring at the bachelor's level is expected to surge by 10 percent in the next year, according to Michigan State University's "Recruiting Trends 2010-2011" survey.

It's important to have a few internships under your belt no matter what the field, said Brian Eberman, CEO of StudentAdvisor.com, a website for college students and their parents.

StudentAdvisor's guide to getting an internship has double the readership of the loans and the scholarship guides.

"We've seen a lot of demand for internships, and it's sort of risen to record numbers," Eberman said. "The number of internships doesn't matter. It's that they're engaged in the process."

It took Cheryl Harrison a year and a half to find a full-time position after she graduated in May 2009 from Capital University in Columbus, Ohio. Harrison had five internships while in college and took a temporary position after graduation.

"I took it because I wasn't able to find the full-time job I thought I'd be a shoo-in for," Harrison said.

She focused on networking and getting experience through a slew of temporary jobs while she searched for something full-time.

For graduates who have had multiple internships and still can't find a job, the issue is not getting more internships, Gardner said.

"How are you packaging your skill sets? Do you really know what you got out of these experiences?" he asked. "Your problem may not be getting more experiences, but packaging yourself so you're presentable to employers."

Lauren Berger, the self-proclaimed "Intern Queen," had 15 internships during her time at the University of Central Florida but always kept her resume to one page.

"When I apply for a job, it's my responsibility to fill in my resume and make sure the things I include are really relevant," she said. "There's no reason why you can't include your biggest, best, most relevant experience."

Now in her first full-time job as of November, Harrison said it's important to keep building on that experience while unemployed instead of holding off until you get something permanent.

"Sometimes it was a little disheartening that I didn't have that full-time job yet," Harrison said. "But I always thought that it would eventually come along if I was patient and kept working."