5 jobs that let you try before you buy 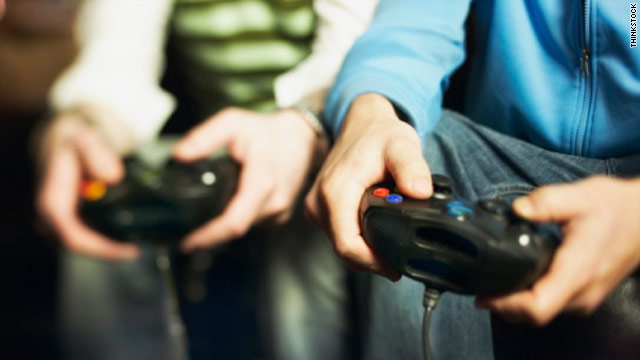 As a video game designer, you look for flaws or glitches so programmers and designers can fix them before the release date.
STORY HIGHLIGHTS
RELATED TOPICS

(CareerBuilder.com) -- People love to be the first person to do something. Anything. Look no further than those annoying posts on blogs and online news stories where someone simply writes, "FIRST!" because they're celebrating being the first person to comment.

Or watch any news program and see how they will report the detail of any minor celebrity in the off chance that it leads to a bigger, more exciting story. Then they can run ads that say, "We were the first news team to bring you the story of Jennifer Aniston's new puppy."

Now, imagine if you could get paid to be that cool, hip person who gets try products and services before anyone else? When everyone else is claiming to have discovered this awesome new technology gadget, you can say, "Oh, that? Yeah, I tried it out months ago."

With that pioneering (and braggart) spirit in mind, we put together a list of five jobs that let you try new things before they hit the market. You not only get paid to be the first person to try a new item, but your opinion matters. You can't beat that.

Here are five jobs that let you try an item before everyone else buys it:

Yes, people are paid to test video games. This job isn't all fun and games, although it sort of is. But someone has to try new video games and look for flaws or glitches so programmers and designers can fix them before the release date.

Consider how complicated today's video games are -- you're immersed in an interactive world that has come a long way from the 2-D world of Mario and Luigi. There are bound to be items that are overlooked, like a door that leads to nowhere or a secret code that doesn't do what it's supposed to.

Independent testing organization Consumer Reports carries out extensive tests on products, such as cars, gadgets and home furnishings. A dedicated staff researches a product that is put through a battery of tests. They then administer a grade and detailed report for the product so that consumers know what its positive and negative attributes are.

CareerBuilder.com: Have an incompetent boss? You're not alone

As blogging has shifted from a niche activity for a few writers to a respected outlet for news and topical conversations, bloggers have been granted some impressive privileges. Among them is access to conferences and company events, such as the unveiling of a new smartphone.

Months before a new music player, smartphone or computer lands in your local retail store, the company announces it with great fanfare at a launch event. Bloggers who have large readership and respect in an industry are given prime seats at these events, where they can get their hands on these new gadgets minutes after they're unveiled.

If you thought testing video games was fun, consider the sheer joy of getting paid to try ice cream. Before you pick up a pint of a new, exotic flavor at the grocery store, someone had to make sure it was edible.

For every whacky flavor like bubble gum, some food scientists tried out less successful flavors like spaghetti or pumpkin-wheatgrass. So the idea of eating ice cream for a living sounds fun until you realize it also means tasting some undesirable attempts, too. (Not to mention the damage done to your waistline.)

Before you see the must-see movie of the year, someone had to declare it a must-see film. Critics get to screen films weeks or months in advance so they can write a review for a magazine or newspaper before opening day.

Music critics also get first stab at new albums. Record labels and movie studios give critics first access because their reviews drum up publicity for the respective projects -- and they hope the reviewers are positive, though there's no guarantee. Either way, critics get to enjoy some of pop culture's finest experiences for free.