10 hit songs you thought were about women (but aren't) 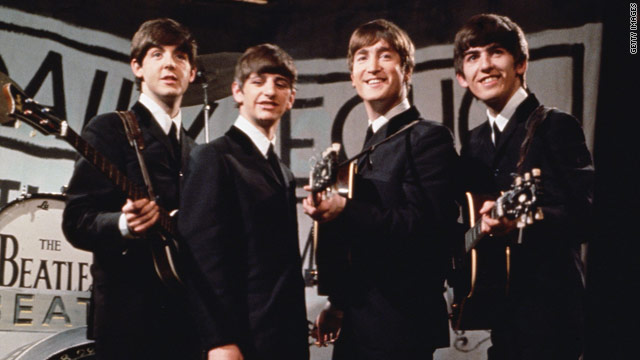 The Beatles' "Sexy Sadie" and "Martha My Dear" were about Maharishi Mahesh Yogi and an English Sheepdog, respectively.
STORY HIGHLIGHTS
RELATED TOPICS

She's not a girl -- she's a bottle of wine. Neil Diamond told Rolling Stone that he got the idea from an Indian tribe in Canada with a much higher male than female population. When the guys with girlfriends all went out on dates, the bachelor guys got together and drank homemade hooch.

And actually, Cracklin' Rosie is pretty decent wordplay when you realize the song's boozy origins: "Crackling" is used in the wine world to describe a wine that's lightly sparkling. You can actually buy a crackling rosé.

If you've ever listened to this song and thought the line "you're my pride and joy etcetera" felt like a pretty poor attempt at lyrics, well, you're right. "Elenore" wasn't a girl, but an anti-love letter to the Turtles' record label.

The label was demanding a hit just like "Happy Together," which had come out the previous year, so the band slapped together a song they felt was insanely clichéd, happy-go-lucky and generally crappy. To everyone's surprise, it was a big hit.

Sexy Sadie was really Maharishi Mahesh Yogi. The song was about how they were disillusioned with him after he hit on Mia Farrow and some of the other girls studying with him. Mia Farrow and most of the group later felt bad for making these accusations, feeling they had probably misinterpreted his actions.

At first glance, the lyrics pleading with Ana to die might seem shocking, but in reality, lead singer Daniel Johns suffered from anorexia nervosa and was writing about his experience with it.

Delilah was one of Freddie Mercury's beloved cats.

The lyrics to this one may have been inspired by Paul McCartney's girlfriend, Jane Asher -- he says they "probably" were -- but the name comes from his Old English Sheepdog.

Helen Wheels was McCartney's punny name for the Land Rover he and Linda McCartney owned.

10. "Mony, Mony," by Tommy James and the Shondells

The band had the song, but needed a two-syllable girl name to stick in the lyrics. That's when Tommy James happened upon a Mutual of New York Insurance Company sign that had a dollar sign in the middle of the "O" and noticed that its acronym was MONY.

He and his songwriting partner had a laugh about what a great name MONY was for such a company, and ended up calling their fictional girl "Mony."