Top 10 most inappropriate places to flirt 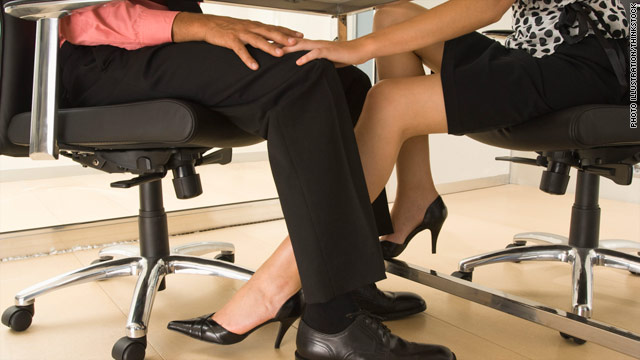 Instead of flirting during a job interview, wait until the position has been filled and send a friendly e-mail.
STORY HIGHLIGHTS
RELATED TOPICS

(The Frisky) -- Earlier this week, a juror in a Connecticut murder trial was chastised by the judge for passing a note to the court marshal asking him for a date. After being alerted to the note, the judge told the juror he was a "'romantic at heart," but not in the courtroom, and said sending the note was a "g------ dumb thing to do."

Obviously, there are appropriate places for flirting and a murder trial isn't one of them.

Here are 10 more dumb places to play a game of "pick-up."

The Frisky: 10 tips to finding your match

A hospital waiting room is prime breeding ground for anxiety. People are anxious about tests they're about to take, results they're about to be given, and all the things they could be doing in the hour(s) they're sitting there waiting for these unpleasant affairs. Anxiety is not the emotion you want in play when you make your move.

With all those hot bodies in skimpy clothes, the gym may seem like an ideal pick-up joint, but for a lot of people, the last thing they want to deal with is someone hitting on them when they're dripping with sweat and dying to finish their third mile on the treadmill so they can shower and get home.

Your best bet is to catch your crush on her way out or use your gym connection to say "hi" if you see him or her "out in the wild."

The Frisky: 10 celeb ladies who have starred in underwear ads

If you must, grab a business card and send a friendly e-mail after the job is filled, but don't blow your shot -- at the job or a date -- by making googly eyes during the interview.

5. In the underwear section of a department store

You should probably at least have dinner together before you know what kind of underwear the other prefers.

The Frisky: 11 women we want to run for president

6. In line for the bathroom

Look, no one feels sexy with a full bladder. Catch her on the way out when she's had a chance to relieve herself and apply a little lip gloss.

You're there to fix your problems, not make more of them.

There are far better ways to embarrass your kid (and yourself) than hitting on his/her teacher. Keep things professional at least until the end of the school year when a potential relationship wouldn't be a conflict of interest.

9. On a date with someone else

Even if your date is a bust and you both know it, you'll be the cad who has no clue about social etiquette if you make a move on someone else. You can always go back after you bid your date farewell and see if your dream girl is still there.

The Frisky: 12 celebs who denied getting breast implants

Office romance is an oxymoron. You may meet the love of your life at work, but keep things professional for everyone and leave the flirting for after-hours.