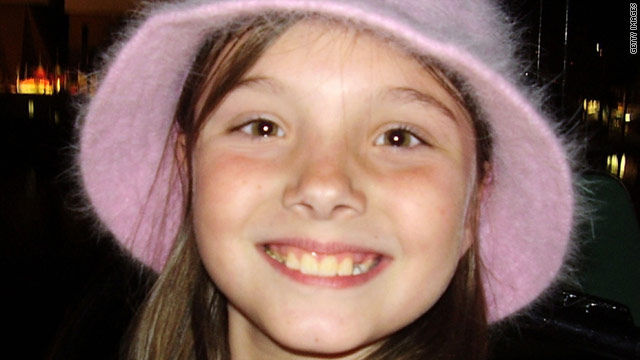 Editor's note: Tune in Thursday and Friday for a special HLN report on child abductions and how parents are making a change in the system. Watch "Every Parent's Nightmare," an "Issues With Jane Velez-Mitchell" special, at 7 p.m. ET Thursday and Friday on HLN.

(HLN) -- "The world is really big when you're looking for a teeny little girl," said Erin Runnion, describing the helplessness she felt after her child was abducted.

Runnion's 5-year-old daughter, Samantha, disappeared from her front yard in California in July 2002. Later, the child with big brown eyes and long curls was found dead on the side of a highway. She had been raped and murdered.

Elizabeth Smart was 14 in June 2002 when she was taken at knifepoint from her bedroom, sexually assaulted and held for months against her will.

The trial for Brian David Mitchell -- Smart's alleged abductor -- was halted just as it got under way Thursday in Utah, in order to review the defense's request to move the trial outside the state.

Meanwhile, five parents of abducted children have gathered to share their stories with HLN's Jane Velez-Mitchell. They call themselves The Surviving Parents Coalition. They are bound together by grief, but they're turning that grief into action.

The parents recently biked and motorcycled across the country to fight for laws that protect children and promote safety in schools. Among the issues they wanted to shine a spotlight on: the need to fund the Adam Walsh Act, which was passed in 2006, in order to establish an effective national sex offender registry.

"We have to be vigilant," said Diena Thompson. "It takes a village to raise a child. We have to stick together. These monsters keep plucking 'em off the street. It is your business. It could be your baby. And you could be sitting right here."

Thompson's daughter, Somer, was taken from her Florida neighborhood in October 2009. The child was raped and killed and her body left under a pile of trash at a Georgia landfill.

"We are all members of the same club, a club that no one wants to be a part of," she said.

"To have a missing poster with your child's face on it ... is the worst feeling in the world. The sense of helplessness is just unbelievable," Runnion added.

Runnion has some very specific advice for parents:

Teach your children to run if someone makes them uncomfortable or an adult they don't know approaches them and starts asking them questions. If you add to that yelling and screaming, "You're not my dad, get away from me," a child's chance of escaping an attempted abduction increases to more than 80 percent, she said, citing a recent study by the National Center for Missing and Exploited Children.

"It's all based on giving children the confidence to know that nobody has the right to hurt them, and to train them physically to be able to stop an assault and escape. If you have to tell kids one thing, tell them to never give up," Runnion said.

Mark Lunsford's 9-year-old daughter, Jessica, was kidnapped, raped and buried alive in her neighbor's yard in Florida in 2005.

"I was calling her," said Lunsford, "and the thing that really sucks is that she could hear me, but I couldn't hear her. He buried her alive. Her fingers were sticking to the plastic bag when they dug her up."

Jessica's murderer, John Couey, was a sex offender. He was staying in a house across the street from the Lunsfords but hadn't registered his address with authorities.

"How many times does somebody have to prove they are a bad person before we do something with them?" Lunsford said. "Why are we debating our kids' safety? What would you do, Mr. Legislator, if it was your child?"

Lunsford said he wants sex offenders who victimize children under the age of 12 to receive a sentence of 15 years to life in prison. He said a second such offense should trigger a mandatory sentence of life in prison, and any sex offender released from prison should have to wear a tracking device for the rest of his or her life.

"Jesse's important, very important, but it's easier for me to tell you what's wrong with the system than to hurt you with the truth about what a wonderful daughter I had. She was my life, I had plans, and those plans were taken away. She's just like your child, America, the one you'd do anything for."