How to self-promote without being obnoxious 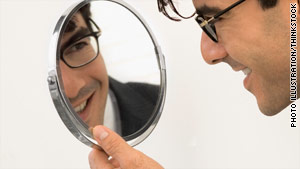 When self-promoting, focus on situations and results, not just the skills that you have.
STORY HIGHLIGHTS
RELATED TOPICS

(CareerBuilder.com) -- When it comes to self-promotion, it seems like people take one of two polarized approaches.

There are those who jump all in and self-congratulate to the fullest ("Did you hear? I just won Employee of the Year! I mean it's not like I'm shocked, I did close some huge deals last month."),.

While at the other end of the spectrum are those who avoid all self-promotion and humbly go through life, taking all precautions to avoid being dubbed "that guy who self-congratulates to the fullest."

It's not hard to understand the lack of a happy medium. There is a fine line between bolstering your professional image, or that of your business, and coming across as self-absorbed and narcissistic -- hence the seemingly black-and-white nature of self-promotion.

Yet experts say achieving that middle ground is possible and -- if done the right way -- promoting yourself is one of the best ways to advance your career.

"The basic concept of self-promotion is that even if you're uncomfortable blowing your own horn, you must at least let people know that you have one," says Steve Balzac, president of 7 Steps Ahead, a career coaching company, and author of "The 36-hour Course in Organizational Development."

The do's and don'ts of self-promotion.

CareerBuilder.com: A field guide to co-workers

DO focus on results

"For a job seeker, the key to self-promotion is to focus on situations and results, with very little on the details of what they actually did. Employers care about results more than anything else. Skills are merely a method of convincing someone that you can produce the results they need.

"Job seekers, therefore, should make a point of asking not just what the employer wants to accomplish, but why. What is the specific situation? They should then briefly describe a similar situation and talk about the results they obtained," Balzac says.

The same principles apply to your résumé. Replace your job duties with your job accomplishments.

"Cut the fluff -- stuff that anyone in your position would have had to do to make it to payday," says Nancy Ancowitz, a business communication coach and author of "Self-Promotion for Introverts."

"We know if you're an accountant you're probably good with numbers. Instead, talk specifics about the home runs you've hit, like how you've helped save your clients 25 percent off their energy bill while boosting morale at their organization."

DO sing the praises of others

OK, this one might be a little sneaky, but by talking up a co-worker's role in your accomplishments, you can simultaneously remind the higher-ups of a success you've had.

For example: "Tell Sally's boss and your boss how helpful Sally was to you in accomplishing some major project. This reminds everyone of your contribution without it coming off as bragging," Balzac says.

Besides subtly promoting yourself, you'll also build your reputation as a team player by genuinely complimenting a co-worker. "Sally will probably be quite flattered and will respond by telling everyone what a great job you did," Balzac says.

CareerBuilder.com: True tales from work: I fell into this career but I love it

DON'T monopolize conversations by talking about yourself

Going on and on about yourself is a terrible self-promotion tactic. Think about it: Nothing is more boring than listening to someone ramble on about themselves during a conversation. Not only do you zone out after about five minutes, but you'll probably go out of your way to avoid talking to that person in the future.

"Pay attention to your talking-to-listening ratio. Do you typically dominate conversations and start most sentences with 'I'? When you're chatting with someone, do you frequently change the topic to yourself? Or do you more often engage people and add information about yourself when it's timely and relevant?" Ancowitz says.

"Talking all about you and all about your great accomplishments and your great new method of solving sales problems or motivating workers or whatever is going to turn people off," Balzac says.

DO get others on board

"For small-business owners, there are two excellent means of self-promotion: One is to get testimonials from your clients and have them up on your website, in your portfolio, etc.," Balzac says.

"The other is to provide free expert advice through publishing articles, giving interviews, etc. Show people how good you are. Give them something they can take home and try. Put the information up on your website. These tactics are particularly useful if you don't like to promote yourself or don't want to feel sleazy. You are helping others. If you are genuine in that intent, you will help promote yourself as well."

Ancowitz agrees. "Everybody loves a freebie. Raffle off a taste of your product or service to entice your audience so they'll buzz about it. Also ask your fans for testimonials you can use for your marketing materials."

DON'T use clichés or name-drop

"Describing yourself as a sought-after speaker, internationally acclaimed guru or, worse, a thought leader -- gak. Of course, no problem if someone else says these things about you. Research backs this up," Ancowitz says.

"Watch the name-dropping. If you were fortunate enough to go to Harvard, don't 'drop the H-bomb' within the first few minutes of meeting someone," she adds.

DO use social networks

"Position yourself on social media sites as a go-to person in your areas of expertise by asking and answering questions online. Your followers will appreciate it when you generously share useful information and news they can use. When it comes time for them to hire or recommend a candidate from your area of expertise, your name will be top-of-mind," Ancowitz advises.

Besides showing off your skills, you can also used networks like LinkedIn as a way to showcase client and co-worker testimonials, by getting your peers to add recommendations to your profile.

"Ask your fans -- clients, colleagues, former bosses -- to post recommendations about your work on LinkedIn to showcase your talents. Of course, do the same for people you've enjoyed working with," Ancowitz says.

There's nothing that says "bragging" like the sharp turn of a conversation toward your achievements, for example:

Person A: "I'm thinking of going to the baseball game on Tuesday."

Person B: "Oh really? I'm giving the keynote speech at my Big Industry Convention on Tuesday!"

"Allow [the topic] to come up naturally and address it in a relaxed and authentic manner," Ancowitz says.

"Start by putting the spotlight on your conversation partners. Show genuine interest in them, ask compelling questions and find common ground -- like interests you share and people you both know."

DO promote yourself by providing value to others

"Promote yourself in the spirit of sharing and helping. That spirit is often contagious. Let's say you click with someone you meet at a social occasion. Ask how you can help spread the word about her services or her job search. Assuming you show sincere interest in helping her, if she's clued in, she'll probably ask what she can do to help you. If not, it didn't hurt to try," Ancowitz says.

There is a line between useful sharing and self-aggrandizing, Ancowitz says. "Bragging entails inflating yourself and your accomplishments, putting other people down, and even name-dropping," she says.

Make sure that when you do talk about your own accomplishments, you do so objectively, and only give the facts. If someone finds out you are talking up your achievements, you'll develop a reputation as someone who exaggerates his own worth, and people might not believe you next time you bring up an accomplishment.

Ancowitz says that although "it's important to take credit for your own accomplishments, it's at least as important to share that credit when others contributed to your wins. If you're not generous with your colleagues, that small-mindedness can come back to bite you."