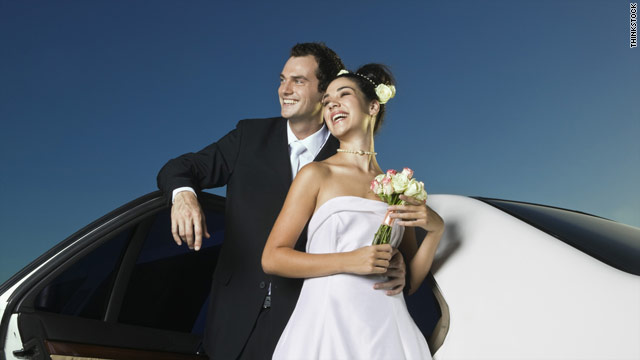 (CNN) -- The gap between those who have a college degree and those who do not is widening -- this time when it comes to marriage.

For the first time, adults are more likely to wed by the age of 30 if they obtained a bachelor's degree than the young adults who have not, according to a report released Thursday by the Pew Research Center.

"There's a double whammy going on for the people who aren't college-educated," said Richard Fry, senior research associate at the Pew Research Center. "They are facing difficult employment, and they are less likely to enter into marriage and receive the economic benefits marriage provides."

But the study now reveals a reversal, showing that the percentage of people with college degrees marrying has slightly eclipsed those without. In 2008, 62 percent of college-educated 30-year-olds were married or had been married, the center found after analyzing American Community Survey data from 2008. In contrast, 60 percent of 30-year-olds without a college degree were married or had been married.

The study defined "college-educated" as a person completing at least a bachelor's degree. Individuals who have completed some college or an associate's degree are not considered college-educated.

Much of the debate in the world of marriage research stems around why this generation is less likely to marry. The Pew report offers a few possibilities as to why adults without college degrees are not marrying as frequently, Fry said.

The declining fortunes can be a detriment to marriage prospects, Fry said, because many people are seeking partners who can provide for a family and who are economically stable.

During the same time period, cohabitation has doubled and has consequently become a more acceptable alternative to marriage, Fry said. Half of those living together are under 35, and more than 80 percent lack a college degree, the study said, citing census data.

Other marriage experts said the prevalence of divorced parents may steer young adults without college degrees away from marriage. People who are college-educated often are more involved in church, an institution that fosters marriage, they said.

The Pew findings are consistent with research that has emerged over the last decade revealing a phenomenon called "diverging destinations" between individuals who are college-educated and those who are not, said Sharon Sassler, a social demographer professor in the Department of Policy Analysis and Management at Cornell University.

Sassler has conducted interviews about cohabitation habits among 20-somethings. She noticed young adults with a college education move in together at an older age and have more financial resources, which enable their relationships to progress faster and allow such couples to afford weddings.

Sassler points out weddings have become so expensive that they are often a status symbol among the college-educated middle class. Modern-day weddings also can cost tens of thousands of dollars, and there is a perception such costly ceremonies are necessary. Couples without a college degree, who may be struggling financially, are often unable to afford it, she said.

"Marriage means something different for the middle class because they have a college degree and better jobs," Sassler said. "And because now we have expectations on what needs to be in place to be married."

The benefits of marriage

The growing gap between those with and without a college education can affect a person's future economic stability. Married adults earned about $77,000 in 2008, while nonmarried adults earned $54,000 a year, the Pew report said, citing annual median household income.

Bradford Wilcox, director of the National Marriage Project at the University of Virginia, said marriage brings many benefits in addition to higher median salaries and greater shared resources.

The Pew Center reported that 2.9 percent of all married adults without a college education between the ages of 35 and 39 in 2008 saw their first marriage end in divorce in the prior year, citing census statistics. From the same age group, 1.6 percent of college-educated adults had experienced such a divorce.

"Marriage is an important ingredient in the American dream," Wilcox said. "When marriage weakens poor working-class communities, Americans in those communities are less likely to realize their dreams."

Christine Whelan, a sociologist and author of "Why Smart Men Marry Smart Women," said the Pew results show a promising trend for college-educated women. The findings for the college-educated group shatters the old-school myth that having a college education hurts a woman's prospect of marriage, she said.

"So what your grandma told you about lying about what you do and acting dumb so a guy will like you," Whelan said, "that's just not true."