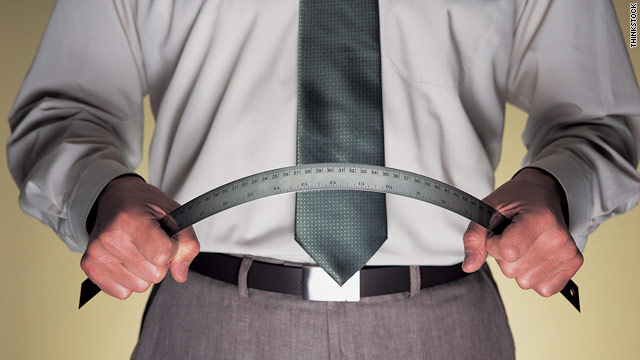 (CNN) -- Timothy A. Dimoff, president of a small business in Ohio, knew trouble was brewing when an employee told him that an embittered co-worker had "started talking about how maybe he should just go home and get his gun."

His company, SACS Consulting, Inc. -- which specializes in human resources and workplace violence prevention -- took immediate action. Dimoff spoke to the disgruntled worker privately in his office to defuse the situation. The unhappy worker ended up seeking counseling, Dimoff said.

"If they [my employees] weren't trained and had a policy to deal with workplace violence, maybe people would have thought the guy would have cooled off, let him go home, and who knows what would've happened," he said.

Even with a plan in place, Dimoff said handling the situation as a manager was difficult.

Most people probably have heard news reports about angry employees who lose control at work. Just this month, a truck driver facing termination at a beer distributor in Connecticut killed eight co-workers before committing suicide.

Earlier this year, eight employees were shot -- three of them died -- at a manufacturing plant in St. Louis, Missouri. The gunman, who committed suicide, was apparently embroiled in an argument with the company over his pension.

Police investigating motive for a shooting that left four dead

Figuring out how to prevent violent outbursts can be challenging for companies that may feel pressure to find a solution to workplace violence. But it's not always so obvious how to prevent such workplace eruptions, experts say.

"In general, if you try to paint a profile, you'll find that thousands of people fit it," said James Alan Fox, a criminologist at Northeastern University who has studied workplace violence.

"It's hard to identify what would be workplace murder in advance. If you are too aggressive, you might make matters worse by attacking someone who always feels persecuted and intensifying that sense of persecution," he said.

Statistics show that each year, the number of workplace violence fatalities involving co-workers is low, compared with overall homicide numbers. In 2009, there were 72 cases of workplace homicides involving a co-worker attacking another employee, according to a report from the U.S. Bureau of Labor Statistics released Thursday. There were around 16,000 homicides in the U.S. in 2008, the FBI reports.

The fact that workplace homicides involving co-workers occur relatively infrequently is often a major obstacle to battling violence within in a company, says Shanti Atkins, president of ELT Inc., a firm that teaches companies about workplace violence prevention.

She found that many of her clients can be reactive instead of proactive when it comes to workplace violence. They often don't believe an incident can occur at their office and fail to seek help until a threat or outburst has happened.

A Bureau of Labor Statistics survey shows that more than 70 percent of workplaces as of 2005 had not issued a violence prevention policy.

"It's hard in the violence arena, because I think people are more embarrassed," Atkins said. "They don't expect to be dealing with violence at work."

Workplace violence experts and employment attorneys don't have foolproof ways to avoid violent workplace incidents, but there are some approaches that can help.

Atkins recommends that employers implement a process for employees to report violent behavior. Managers should encourage employees to come forward and report threats or harassment.

"It's almost like a schoolyard mentality," she said. "I don't want to tattletale. They get into denial that it didn't really happen, that the person didn't really do that."

Far more frequent than killing rampages at the office are cases of workplace bullying and workplace assault. Employment experts say stopping these dangerous situations early can prevent problems from spiraling out of control or turning deadly.

"Think about how this is impacting the individual you are letting go instead of what is convenient for the company," he said.

For example, he suggested making small changes to common practices. He said companies should try terminating someone early in the week so they can look for a job or apply for unemployment the next day. In contrast, many companies will let an employee go on a Friday, and many unemployment organizations and aid groups are usually closed on weekends.

As Nixon put it, employers don't want employees feeling like they are "falling off a cliff."

He said all companies -- big or small -- should have a plan for when violence does occur on company property. Employees should be notified by computer or telephone about any violent situation and should have a safe place to retreat when an attack occurs, he said.

Janet Pfeiffer, an anger management expert, says employers should try to address the fears, frustrations and stress that employees are experiencing before workplace problems escalate. She said precipitating emotions can often be the cause of workplace violence. Particularly amid a bad economy, many employees are more likely to feel overwhelmed.

Laying someone off -- as seen in the Connecticut workplace shooting rampage -- could cause an employee to snap, Pfeiffer said.

She admits it can be hard for employers and managers to spot early warnings signs. Oftentimes, angry co-workers will keep their feelings hidden until something causes them to erupt.

"Part of the danger is that there is a lot of emotion lurking inside of people," Pfeiffer said. "A lot of the time, the individuals themselves aren't clear what they are feeling."

Dave Roberts, an employment attorney at The Roberts Firm in Atlanta, Georgia, works with companies that have had violent episodes or threats in the workplace. In his career, he's dealt with stories of rifles being brought to the workplace and employees threatening to kill their co-workers -- and a co-worker's family.

Roberts works with courts and judges to issue injunctions to keep an aggravated co-worker off company property. But relying on the law alone is not enough, he says. Companies need to think about ways to catch such violent behavior.

"If there is a credible threat of workplace violence," Roberts said, "and the employer doesn't do everything it can to prevent that from occurring, the employer could be liable to employees."