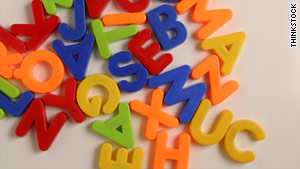 (Mental Floss) -- Earlier this summer, New York City's Metropolitan Transit Authority announced that it would be rearranging some of its subway signs because they resembled a slightly naughty bit of internet slang.

The signage for the F, M, and L lines read "FML," which savvy web users know as self-deprecating shorthand for "F -- My Life." The double meaning of its signs caught the transit authority off guard, but they've worked quickly to switch around the letters.

New York's subways are hardly the first victims of acronym problems, though. Let's take a look at ten other organizations, places, and businesses that have realized a bit too late that their initials meant a little more than they had intended.

In 2009, the Wisconsin Tourism Federation's biggest problem wasn't finding a way to attract more people to the metropolitan Kenosha area; it was the realization that its initials mirrored the slang abbreviation for "What the F--?"

The WTF from America's Dairyland has been around since 1979, so it likely predates the vulgar WTF. In the end, though, you can't fight an internet meme. The organization changed its name to the Tourism Federation of Wisconsin.

The WTF's only consolation must be that it's not alone. In 2008, the North Carolina DMV allowed drivers whose license plates contained "WTF" to swap out their tags free of charge. The DMV also had to change its website; the sample plate pictured on the site was "WTF-5505."

In a move that must have been unsettling for thousands of Iowa's seniors, the state changed the name of its Department of Elder Affairs to the Department on Aging, or DOA, in 2009.

Something's telling us that the change hasn't helped Iowa's elderly sleep any easier. The organization now goes by IDA, for Iowa Department on Aging.

When Joan Woehrmann started her ambulance company in Whittier, California, in 1955, she hit on a pretty brilliant acronym: AIDS. The letters stood for "attitude, integrity, dependability, and service," which are all great qualities for an ambulance line. The name was also easy to remember in times of crisis.

She didn't foresee the name eventually signifying one of the greatest medical catastrophes of the century, though. By 1985, the LA Times reported that Woehrmann's drivers were being taunted and that the public mistakenly started to think that the line only transported AIDS patients.

Finally, she had enough and changed the line's name to "AME," even giving up the ambulances' customized line of "AIDS 1" and "AIDS 2" license plates.

While FAA identifiers for airports aren't technically acronyms, the three-letter codes can give rise to their own headaches. Just ask the Sioux City Gateway Airport, which the FAA saddled with the unfortunate designator "SUX."

Airport authorities petitioned for a new code, and the FAA -- and this is not a joke -- offered them "GAY" as a nod to the "Gateway" part of the airport's name.

Sioux City decided that switching to GAY probably wouldn't save them much sophomoric taunting, so officials decided to make the best of the SUX situation. Now the airport markets playful T-shirts emblazoned with slogans like "Fly SUX."

SUX might not even be the worst airport code. According to a 2008 Los Angeles Times story, Fresno's is FAT, and Perm, Russia's is PEE. The big winner has to be Fukuoka, Japan, though. We'll let you guess how that one gets abbreviated.

Although the city and the line's developers did what they could to dispel the notion that the line had a bawdy name, residents still refer to it as the SLUT; in 2007 the Seattle Post-Intelligencer even reported that a coffeehouse was selling T-shirts that read, "Ride the SLUT."

In 2000, delegates of Canada's United Alternative convention needed a name for their newly formed political party. They came up with Canadian Conservative Reform Alliance Party, which in addition to taking roughly six minutes to pronounce was abbreviated CCRAP.

Organizers quickly realized the blunder and changed the party's name to the Canadian Reform Conservative Alliance.

In 1998, the Washington Public Power Supply System chose to change its name to Energy Northwest to discourage people from pronouncing its unfortunate acronym as "Whoops!"

The old name left the utility open to quite a bit of taunting in 1983, when the WPPSS defaulted on $2.25 billion worth of bonds. Whoops indeed.

What's wrong with NIC? In English, nothing. In Arabic, a whole heck of a lot.

When the Coalition Provisional Authority began planning new Iraqi armed forces in 2003, they originally called them the New Iraqi Corps. They hit a big snag, though. As ABC News reported, in Arabic "nic" is "a colorful synonym for fornication."

The coalition quickly changed the name to the New Iraqi Army.